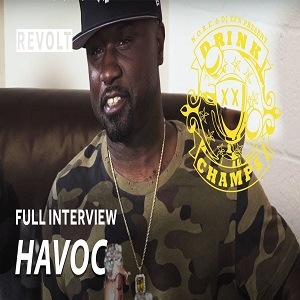 Last year, Mobb Deep went through a major loss, as Prodigy died. The legendary rapper is one half of Mobb Deep and he has battled with sickle cell his entire life. While performing in Las Vegas, Prodigy got a little sick, but died in the hospital.

Mobb Deep also has Havoc, who has become one of the top producers in the game. Since the death of Prodigy, Mobb Deep only has Havoc to represent for the group. In the months since, Havoc has continued speaking on Prodigy and the heritage of the Mobb Deep group.

Recently, Havoc talked to N.O.R.E. and DJ EFN on “Drink Champs.” In the interview, he talked about his new music, and a Mobb Deep documentary. While there, he also talked about AZ and Nas writing music for Will Smith.