Skip to content
You are here
Home > Hip Hop News > NWA’s story on “Death Row Chronicles” have fans upset; On Twitter, they are calling them the male version of TLC, after how Jerry Heller did them, debating Dre, Cube, an Doc #DRChroniclesBET 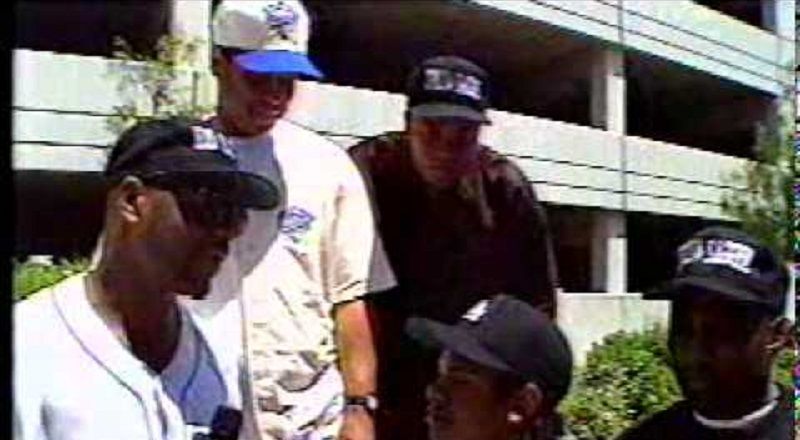 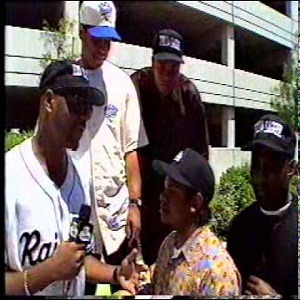 By now, everybody knows the history of NWA, because they already had tons of documentaries. On top of that, in 2015, Straight Outta Compton, their biopic, premiered. But, Death Row Records, and their controversial founder, Suge Knight, has a new documentary.

For the obvious reasons, a story on Death Row Records means telling the story of NWA, Ruthless Records, and Eazy-E. Thus far, BET has knocked these types of projects out the park. Tonight, they premiered “Death Row Chronicles,” and they’re doing it again.

NWA’s history is well-known, but hearing it again has people mad, all over again. But, people finally have a way to compare it to something, and it makes sense. As fans debate on whether Dr. Dre, Ice Cube, or The D.O.C. did the most work, fans call NWA the male, rap, version of TLC.

Read the tweets about NWA below: 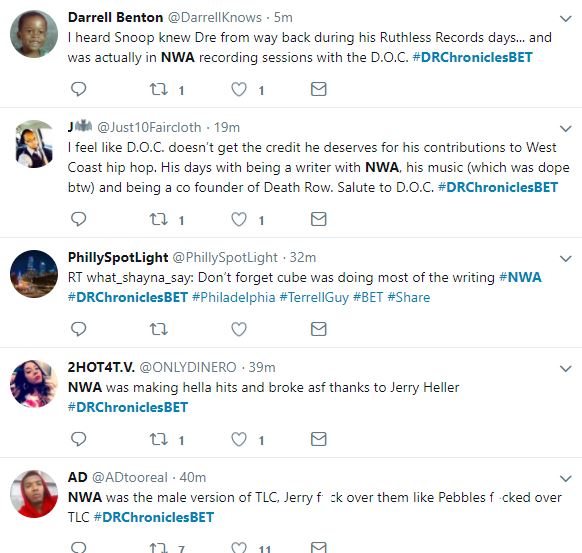 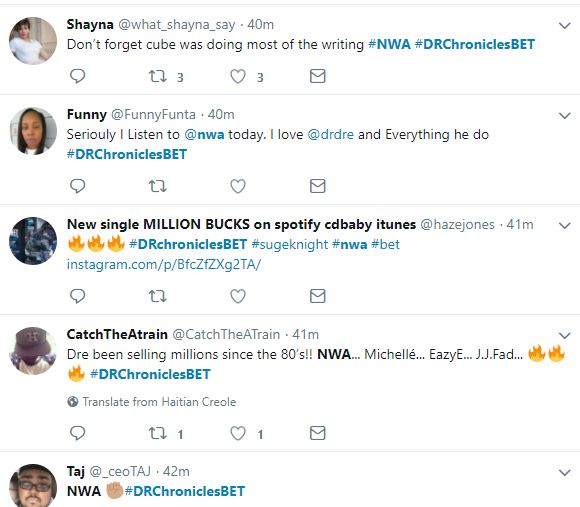