Skip to content
You are here
Home > Hip Hop News > Everyday Struggle is trending on Twitter, because Star, from Star & Bucwild, is the official new co-host, replacing Joe Budden 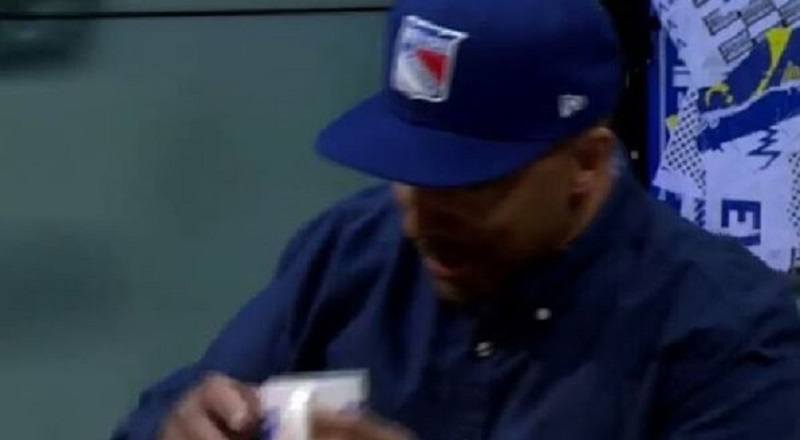 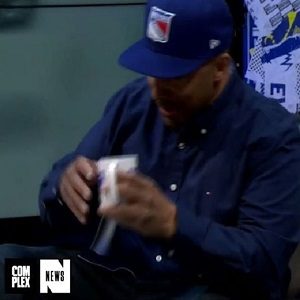 After the huge rollout for “Everyday Struggle,” Complex wasn’t just going to take an L. During the holiday season, Joe Budden provided plenty of headlines, as he left the show. The first week he was gone, they brought in DJ Whoo Kid as guest host.

“Everyday Struggle” began trending on Twitter, after some rumors were confirmed. Over the weekend, Star was rumored to be having meetings with Complex. Now, everything is settled, and “Everyday Struggle” has Star as the new co-host and Twitter reacted to his first day with DJ Akademiks.

Read the tweets about Star below: 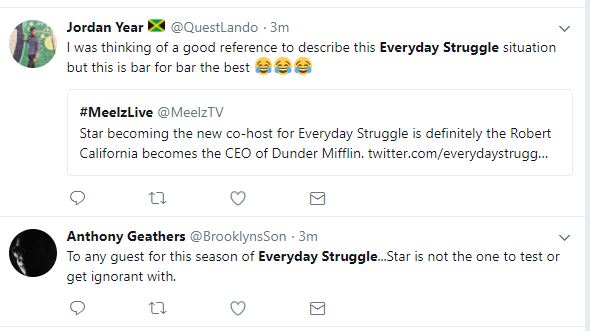 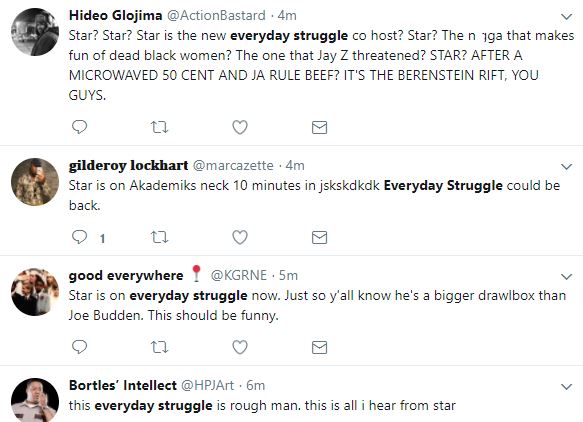 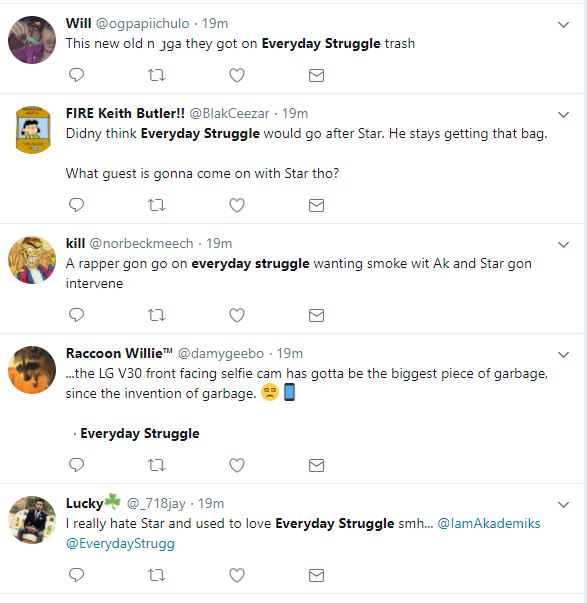