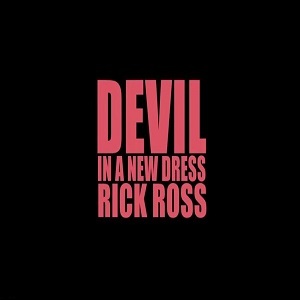 Today marks the seventh anniversary of Kanye West’s classic fifth studio album, My Beautiful Dark Twisted Fantasy. The album boasted some of the best-placed guest appearances of all-time. In the eyes of many, this was the last true classic hip hop album.

Kanye West aligned the likes of RZA and Jay-Z, alongside Pusha T, and then-relative newcomers, Rick Ross and Nicki Minaj. On this album, everyone brought their A-game. Breakout performances came from CyHi The Prynce and Rihanna.

With today being the seventh anniversary, the fans are being asked what their favorite track off the album is. So, what’s happening here is something a little different. Not only is this a collection of tweets about the “Devil In A New Dress” being the favorite, and this is also the Wednesday Throwback, with Ross’ visuals.

Read the “Devil In A New Dress” tweets below: 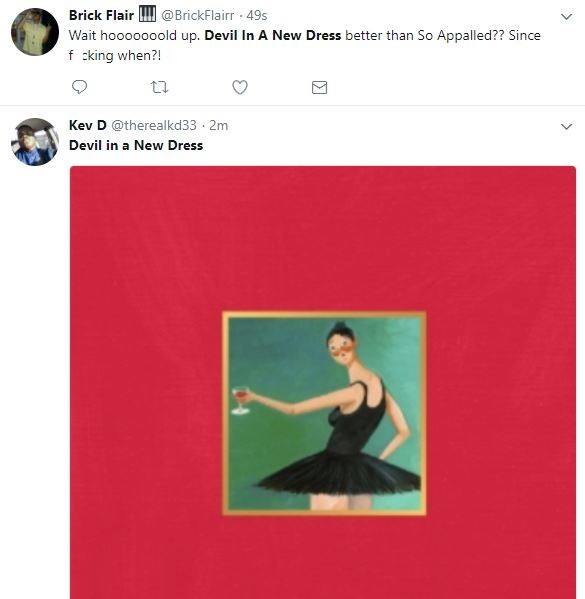 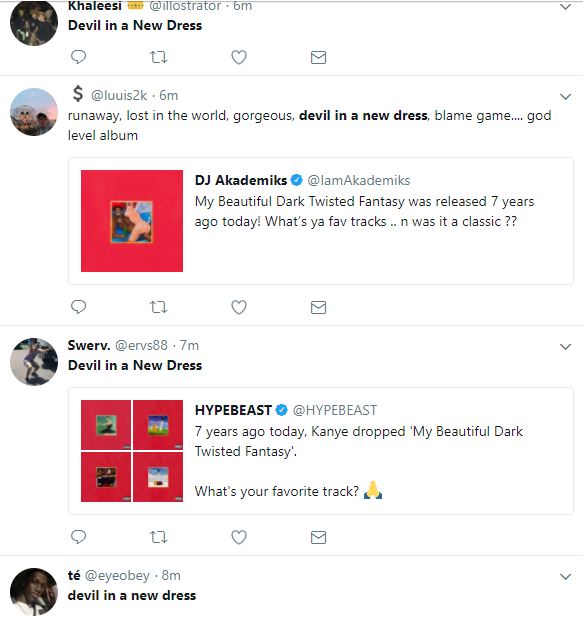 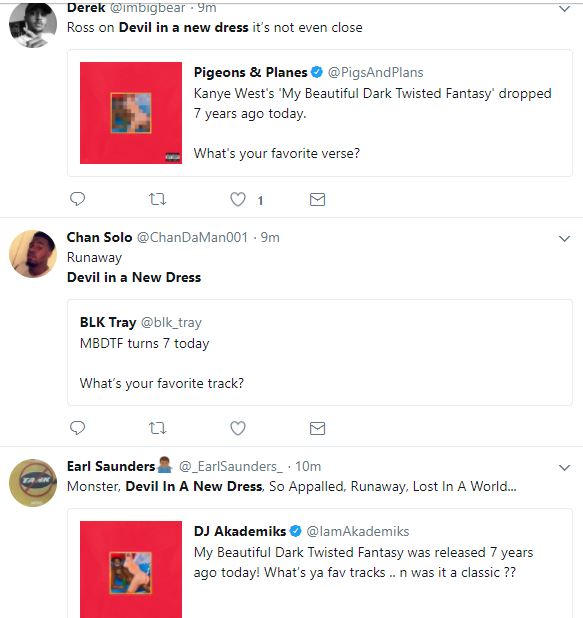