Skip to content
You are here
Home > Hip Hop News > Chris Brown has gone gold in only two weeks with “Heartbreak on a Full Moon,” his seventh number one album on the R&B charts, making him the male R&B artist with the most number ones [PHOTOS] 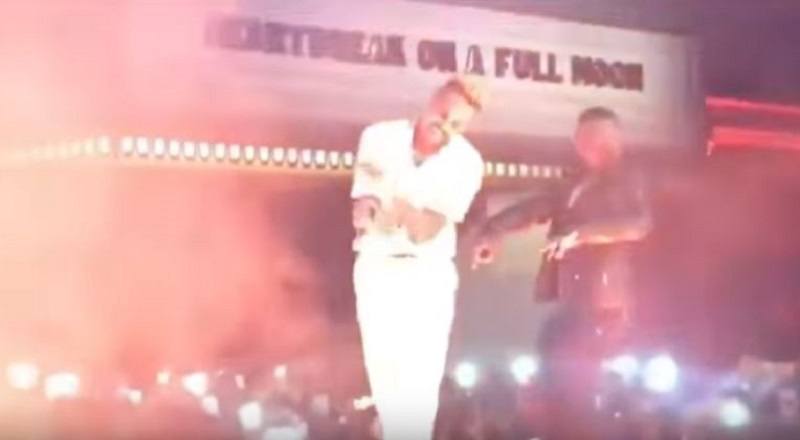 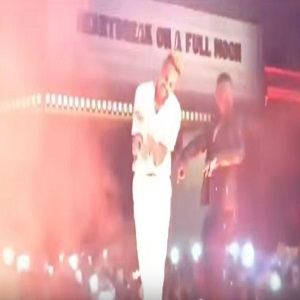 After not releasing an album in 2016, Chris Brown went in the studio and delivered Heartbreak on a Full Moon. This album is more than enough for Chris Brown to make up for his absence. Even when he doesn’t release albums, Chris Brown comes through with a hit single.

The year of 2017 saw Chris Brown deliver both, coming through with his single, “Party,” before 2016 ended. That record, featuring Usher and also Gucci Mane, launched his tour of the same name. Since then, he has rolled right into his album, which dropped on Halloween.

Already, Chris Brown has amassed over 1 billion streams, for his latest album. The album is eligible for a gold certification and that should be coming soon. On top of everything else, Heartbreak on a Full Moon debuted at number one on the R&B charts, Chris’ seventh album to do so, which makes him the male R&B artist with the most number one R&B albums. 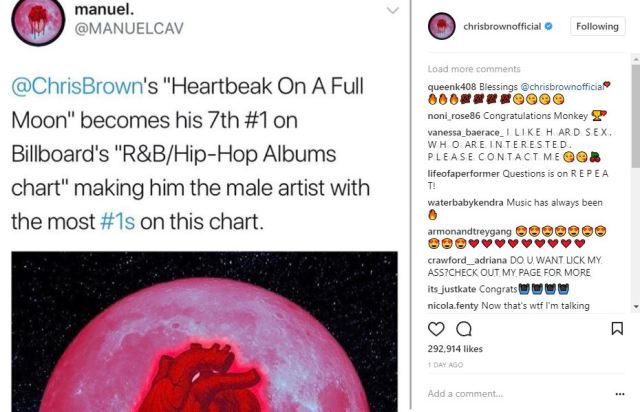