Skip to content
You are here
Home > Hip Hop News > Luda vs T.I. debate beings on Twitter, about the who has the best discography and career, nine years after the ATL rappers ended their beef 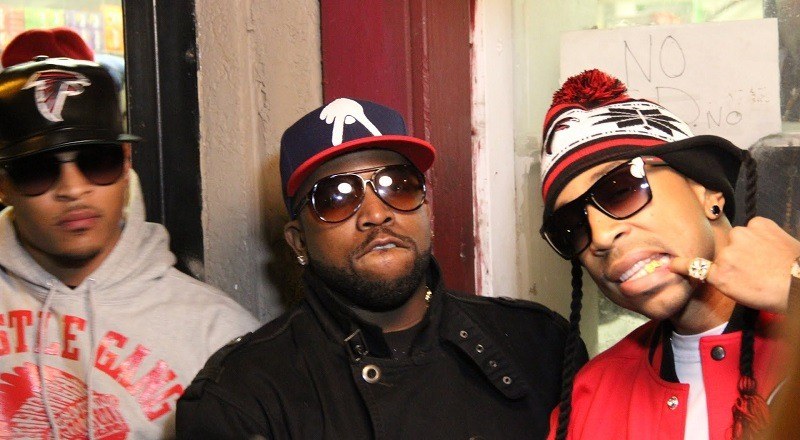 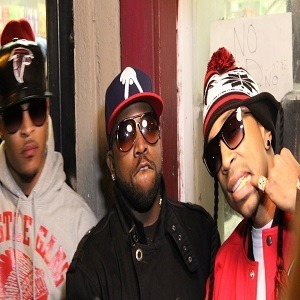 Man, Twitter really is a trip, there’s never no telling what they’ll come up with. This morning, Luda was trending on Twitter, and a lot of people were wondering why. Apparently, somebody wanted to dredge up the debate of Ludacris vs. T.I.

The jokes about this topic were off the chain, starting with one person questioning if he woke up in 2006. General consensus is that the two rappers dominated different times. While Ludacris had more success, and was the bigger artist, he was in the crowded early 2000s.

Meanwhile, T.I. came into his own in 2006, when the competition was less stiff and he made a bigger impact. Overall, T.I. may have edged out Ludacris, when it comes to hit records. Still, this is the trending Twitter topic, and the major debate, right now.

Read the tweets about Ludacris and T.I. below: 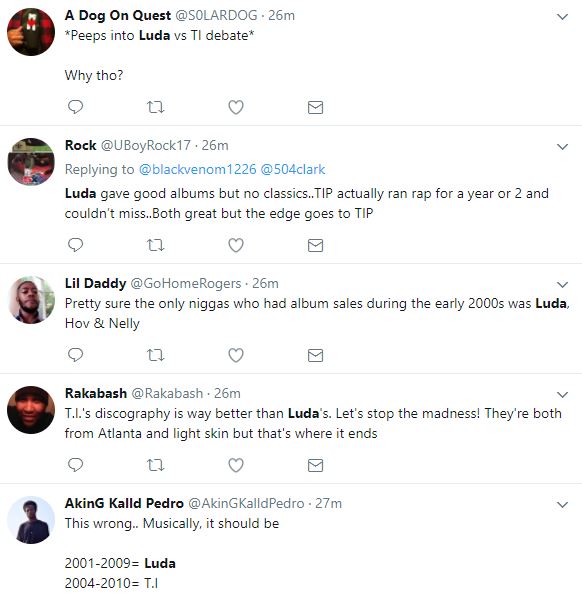 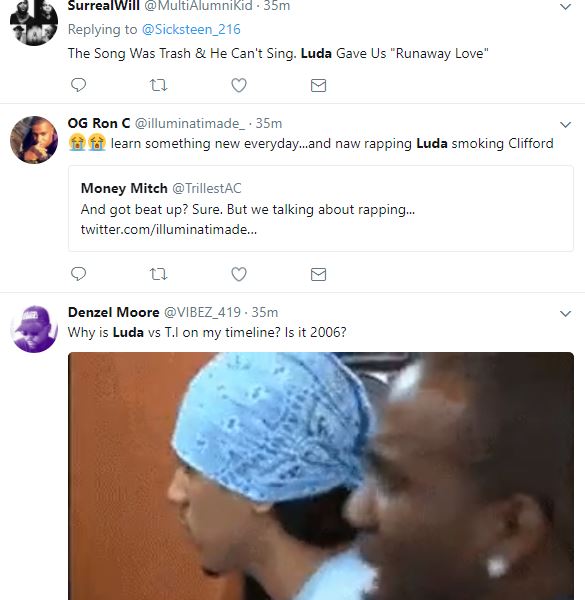 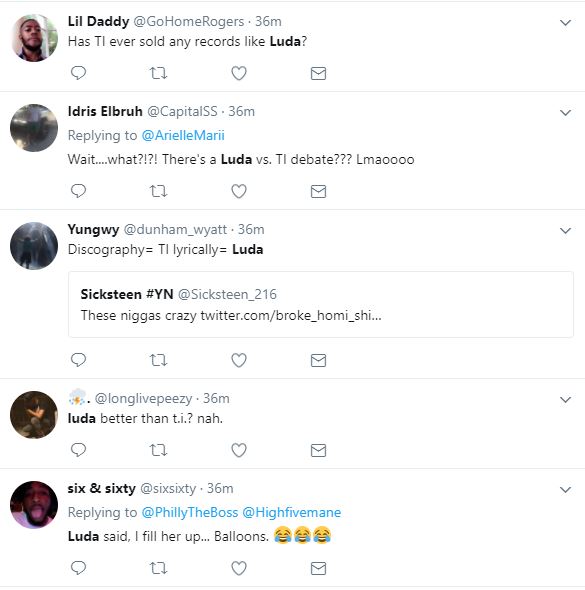 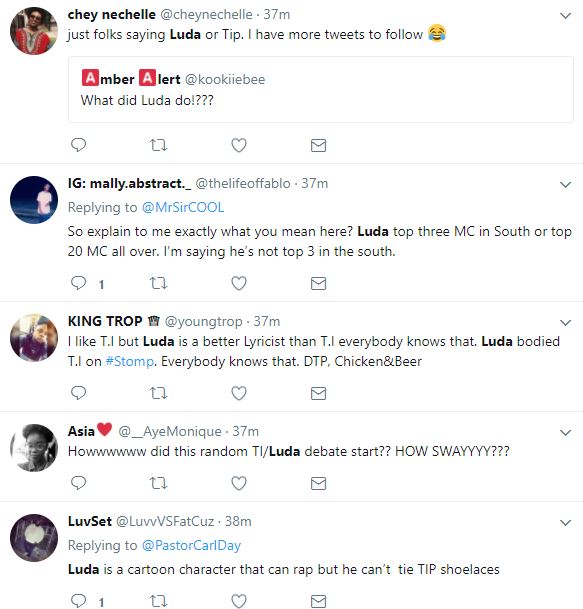 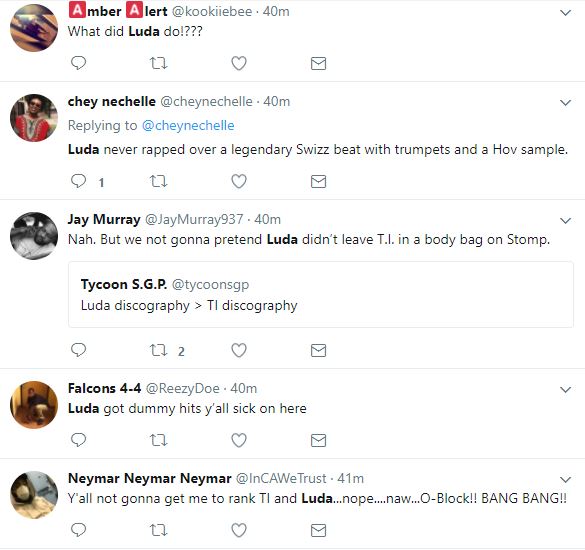