Skip to content
You are here
Home > Hip Hop News > Chris Brown reaches 415,000,000-plus streams with #HeartbreakOnAFullMoon in less than a full week on Spotify [PHOTO] 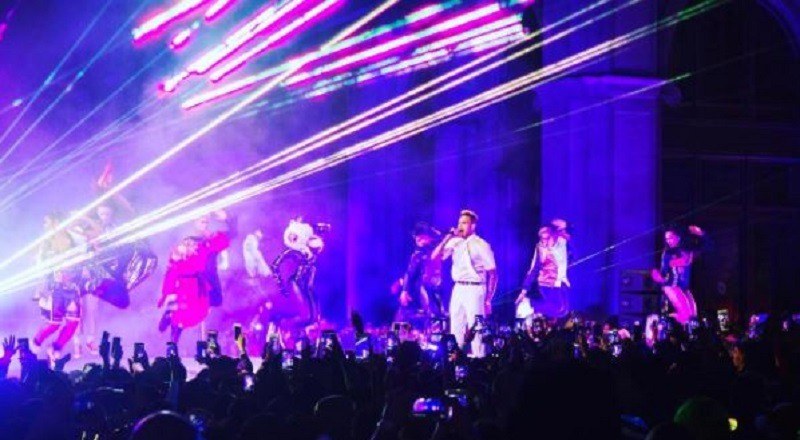 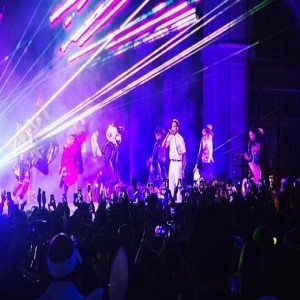 Before the release of his album, Chris Brown had some tough talk for the people. He let it be known he was the best artist in the game, as one of the best rappers and singers out. One thing is for sure, Chris has delivered a hit single almost every year since his debut.

Chris Brown even tries to release a new album every year, of course missing 2013 and 2016. But, Chris Brown made up for that absence with a double album. Heartbreak on a Full Moon dropped on Halloween to much success.

Coming into the album promo with a strategy, Chris Brown immediately reached it. He asked his fans to stream the album and people laughed at him for that. With the final Spotify numbers coming in, however, he has over 415,000,000 streams in just his first week, a short week, at that. 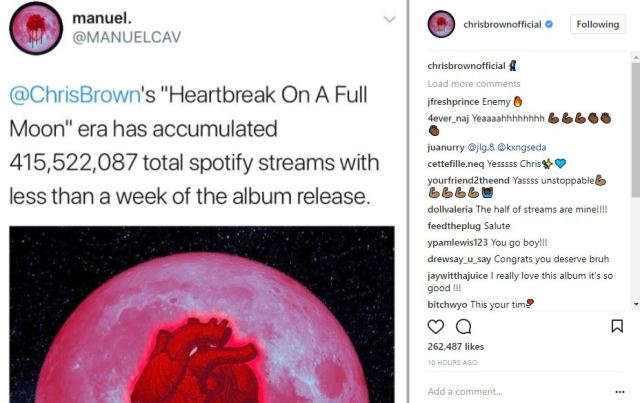