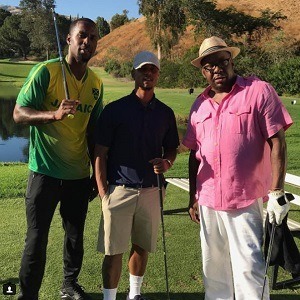 Before the end of the summer, TV One announced they had another movie in the works. Nearly every weekend, TV One debuts a new movie, starring some well-known names. Though not as notable as what BET does, TV One has racked up numerous biopics.

However, many were confused when TV One did the Bobbi Kristina biopic. While she is definitely considered a princess of the music industry, and her death was tragic, she wasn’t a star in her own right. A lot of people, including her father, felt it was wrong to do a biopic on her.

Ultimately, Bobby Brown filed a lawsuit in an attempt to keep the movie from airing. Despite his protests, TV One aired the movie, anyway, but the lawsuit continued. This afternoon, a settlement was reached between Bobby Brown, Bobbi Kristina’s estate, and TV One, with the financials being unstated.

Beyonce crushes Twitter with her Halloween, Lil’ Kim-inspired, outfits that have the original Queen Bee trending on Twitter
Fan checks Rick Ross for using his fraternity sign, while taking a picture with him, grabbing his hand [VIDEO]