Skip to content
You are here
Home > Hip Hop News > 50 Cent targets Gabrielle Union after she blames him for #BeingMaryJane cancellation, bragging about “things changing” at BET [PHOTO] 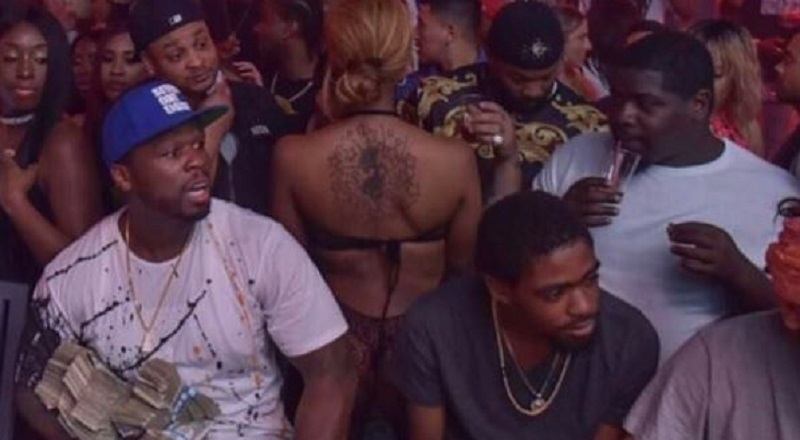 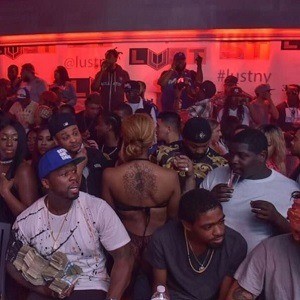 When 50 Cent began making forays into film and television, back in 2009, hip hop fans knew how he’d attack it. He would use the same tactics that made him hip hop’s biggest debut in history. Eight years later, 50 Cent is winning, and it’s hard to explain.

50 Cent teamed up with Starz executives and Courtney Kemp to create the hit series, “Power,” starring Omari Hardwick. The show has steadily increased in ratings, being the network’s biggest show ever. But, how the show is being treated made 50 upset.

After threatening to move “Power” to BET, 50 Cent offered a warning to then-network star, Gabrielle Union. He warned she’d soon be off the air, and now it is. Recently, Gabrielle Union spoke on him. When she blamed him for her show getting cancelled, 50 owned it, and told Gabby to respect him. 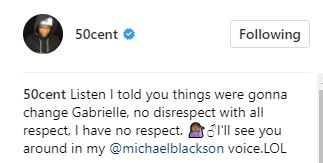