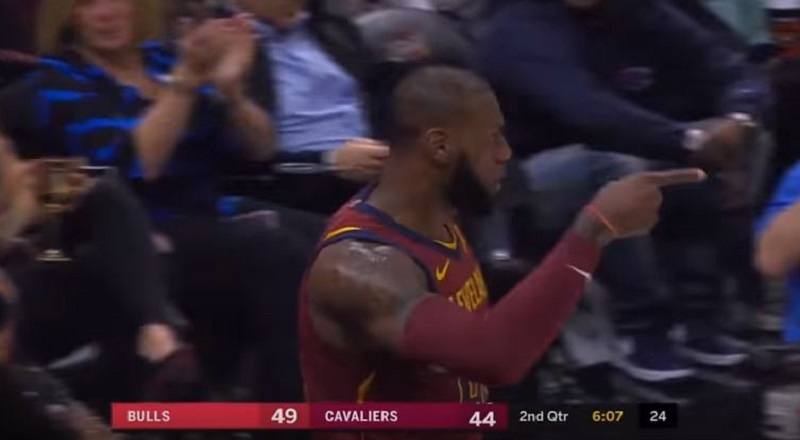 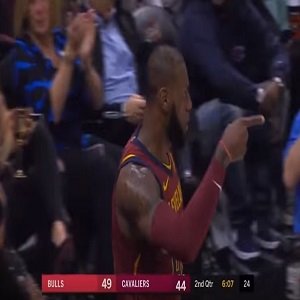 The NBA is going through something it hasn’t seen for at least three years. Coming into this season, the Cleveland Cavaliers and Golden State Warriors are struggling to win. This has been great for the other players, though.

So far, the names being talked about in the sports world are Knicks’ phenom, Kristaps Porzingis, Lonzo Ball, the Phoenix Suns, Kemba Walker, Giannis, and Aaron Gordon. Critics say to not expect this for much longer. Soon, LeBron James have Cleveland winning.

Tonight, LeBron James isn’t in the headlines for his sports, though. The famed NBA star, instead, is being accused of sliding in a woman’s DMs. It’s true, he did send Heidi Hoback a DM, but it all seems to be quite innocent.

See Heidi Hoback’s Snapchat with the DM below: 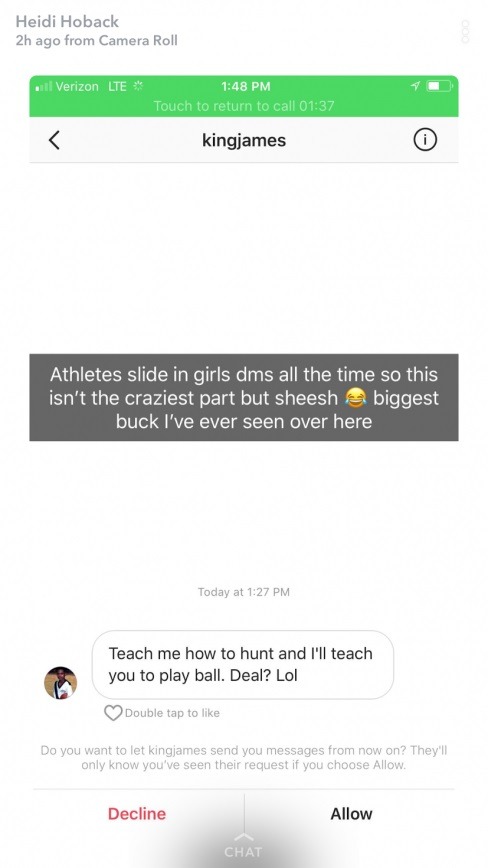