Skip to content
You are here
Home > Video > Dillon Francis Salutes Late Night TV While Portraying Over 10 Roles in the Brand New Video for “Hello There” (feat. Yung Pinch) 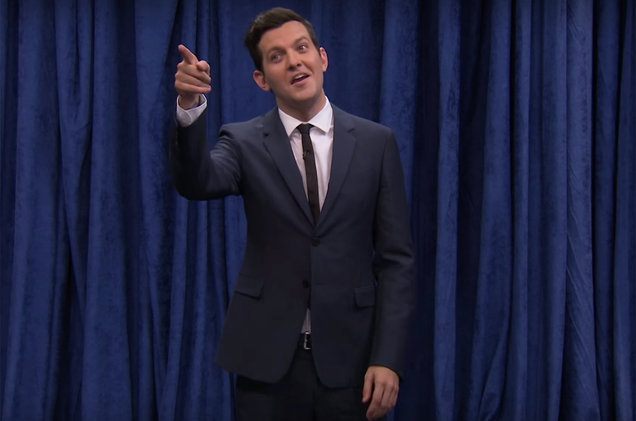 Dillon Francis, the Platinum-selling artist, DJ, and producer, today released a brand new music video for his current single “Hello There” (feat. Yung Pinch). Directed by Funny or Die’s comedic duo The Dads, the video stars Dillon Francis, who portrays over 10 roles in the video in a collective tip of the hat to the various late night talk shows. Francis also brings Southern California rapper and singer Yung Pinch along for the ride who performs the song’s undeniable vocals.

“The video for ‘Hello There’ is my favorite thus far in my career,” said Dillon.  “Working with The Dads was almost as insane as playing all the different characters in the video.”

“Dillon is an absolute gem and a dream to work with… his multi-faceted performance blew us away,” said The Dads. “His body type is that perfect sweet spot (in between size medium and large), so fitting him in 10 outfits was no problem whatsoever.”

“Hello There” was released on October 11th and has received over 1.4 million streams to date. The song received placement on eight New Music Friday playlists on Spotify, including Weekly Buzz and Hot Rhythmic and is #16 on the Spotify US Viral chart. On Apple Music, the track was featured on #1 Hot Tracks and #1 A List Dance and was included in Beats 1 ‘Best of the Week’. The track was also Shazam’s Song of the Day. Hypebeast called the track “vibrant and bouncy” and praised its “feel good vibes.” Billboard deemed it a “treat for your eardrums… sunny like a perfect Summer day”.

“Hello There” follows the April release of Francis’ single “Say Less” (feat. G-Eazy) which has been streamed over 20 Million times to date. This past July, Francis released the track’s official music video, which cracked the top 10 on YouTube’s trending chart upon its release. Francis  also released “No Diga Más” (ft. Serko Fu), a reimagining of “Say Less” with new Spanish lyrics by Mexican hip hop artist Serko Fu. Listen to the song HERE. Previously released official remixes of the track by Gorgon City and Eptic are available to stream and download now HERE. A second volume of remixes by Francis & Moksi, Eliminate, My Name Was James, Casper & B., ETC!ETC!, Lunice, and WAVO remix contest winner Madhatter can be streamed HERE.

IDGAFOS originated from Francis‘ 2011 song of the same name, which at the time, reflected the culmination of his signature musical productions. The term has since evolved into a rallying cry for all things Dillon Francis — his clothing line, epic live show, and now an outlet with which to release his new music. In his own words, IDGAFOS is “to be spirited and happy… to never give a fuck or shit about anything but remaining positive.”

He remains a festival favorite, igniting the stages of Coachella, Electric Daisy Carnival, Ultra, TomorrowWorld, Electric Zoo, and more. 2017 saw him reprise his residency at the Wynn Las Vegas for the second consecutive year. He consistently engages a social media following of 1.6 million on Instagram, 1.5 million on Facebook, and 921K on Twitter with a string of hilarious content as well as his YouTube series DJ World. His alter ego DJ Hanzel would not only open gigs, but also serves as the host for the comedic series One Deeper Talks. The real Francis‘ music has piped through Furious 7, Entourage, Neighbors, Zoolander 2, and more. Now, he shakes things up once again with his 2017 single “Say Less” [feat. G-Eazy]-the first release under his own IDGAFOS independent label.