Skip to content
You are here
Home > Hip Hop News > Offset spent $550,000 on Cardi B’s engagement ring and he is on three out of the four top songs on iTunes, plus the number one album #WithoutWarning [PHOTO] 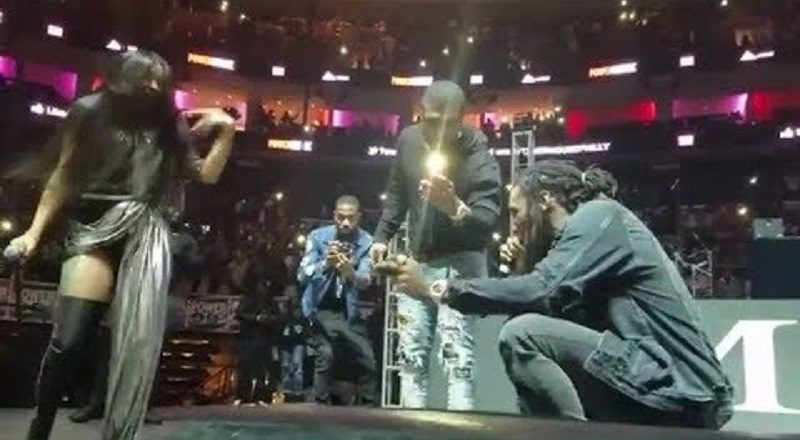 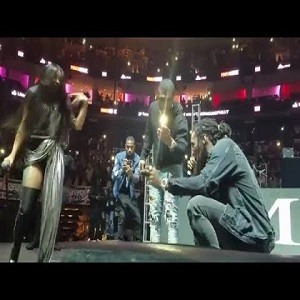 Currently, Offset is having the best week of his life, as he has proposed to the woman he loves. Early this year, Offset and Cardi B began dating and she took over Billboard, only months later. Since then, the two have become hip hop’s power couple.

Offset has been one of the hottest emerging artists in the game, making a name for himself outside of Migos. Previously, Quavo was the prominent member of the group. However, Quavo is the one responsible for “Motorsport” having Nicki Minaj on the track.

As Offset continues his successful run, the details behind his moves are being revealed. According to reports, Offset spent $555,000 on his engagement ring for Cardi B. He also shared the iTunes charts, where he is three out of the top four songs and Without Warning with 21 Savage and Metro Boomin is the top album.

Watch Cardi B’s video with the ring below: 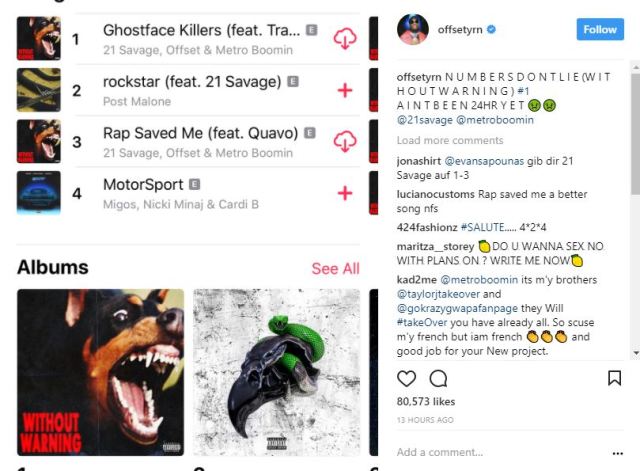