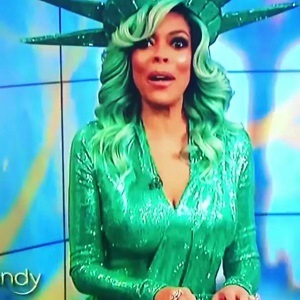 This morning, Wendy Williams managed to shut the internet down. She is one of the most-controversial figures in the media, as celebrities often accuse her of bullying them. What happened with Wendy Williams, this morning, was way beyond the typical pettiness.

Wendy Williams was dressed up for Halloween and she was doing her show. Right in the middle of her talking, Wendy Williams suddenly passed out. This happened live on TV, so a lot of people didn’t fully realize what was going on.

Ultimately, Wendy Williams was okay, as her team updated her Twitter to let people know she was safe. Not long after, Wendy Williams spoke to the people, herself. Going on Instagram, she let everyone know she just needed some water.

Read the statements from Wendy Williams and her team below: 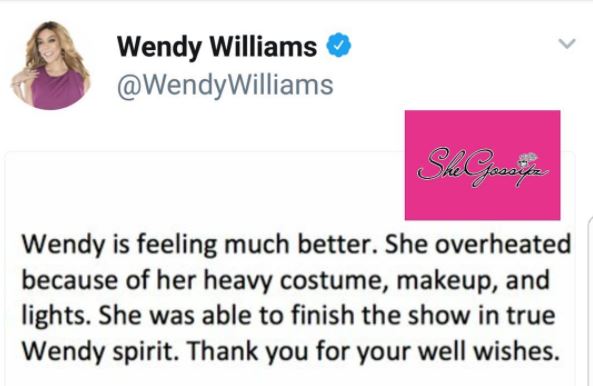 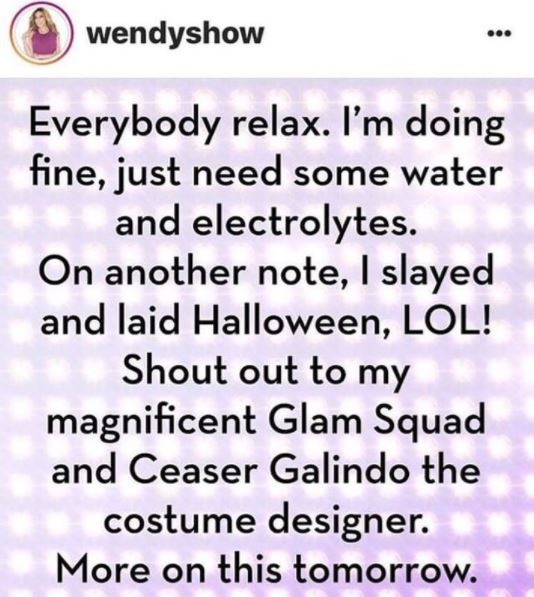