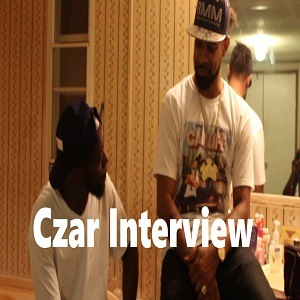 Recently, Czar returned to North Carolina, where he sat down with the homie, Chox-Mak. Their interview saw them discuss their own history, as Czar explained how he met Big Percy. From there, he discussed his first time meeting Snoop Dogg, his new project, his first in two years, and much more.

Remy Ma and Lil’ Kim did not team up to create #WakeMeUp as a Nicki Minaj diss
Shawn (Sinqua Walls) is alive and on #TalesOnBET? Fans are roasting him over his history with 50 Cent, but the ladies still got love for Shawn