Skip to content
You are here
Home > Hip Hop News > Chris Brown delivered 45 tracks, wishing everyone a Happy Halloween, in his way; Fans are surprised he delivered with 45 great tracks on “Heartbreak on a Full Moon” #HeartbreakonaFullMoon 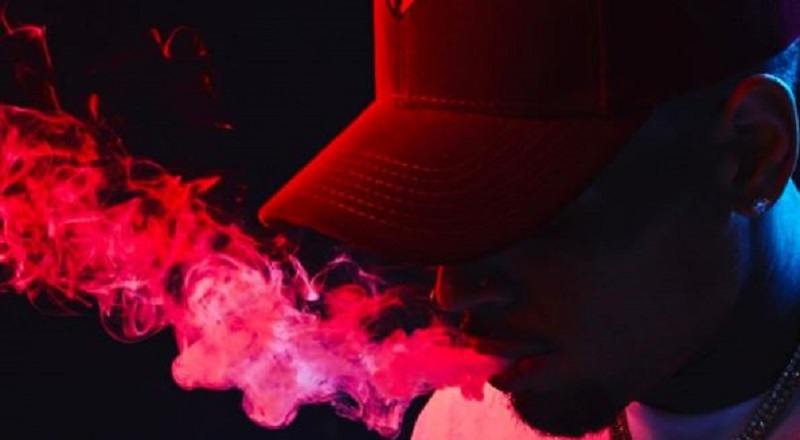 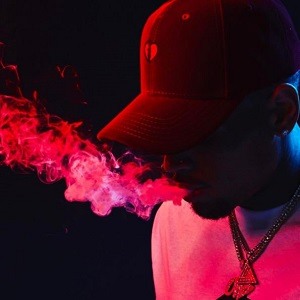 Over the past few years, Chris Brown has been the most-consistent hitmaker in the game. However, Chris Brown has managed to fly under the radar, despite delivering so many big records. While no one can question Chris Brown’s greatness, he has lacked that big moment.

Chris Brown chose Halloween 2017 to leave his mark on the game. He has delivered a lot of big records, but Chris Brown offered 45 songs in a double album. This marked Heartbreak on a Full Moon, which is his eighth studio album.

Last night, the album was released, and three hours later, the fans had their earliest reviews in. While there are some negative comments, no one can take away from the actual music. Halloween is now really considered a holiday, among hip hop fans, as Chris Brown is making it happen.

Read the tweets about Chris Brown below: 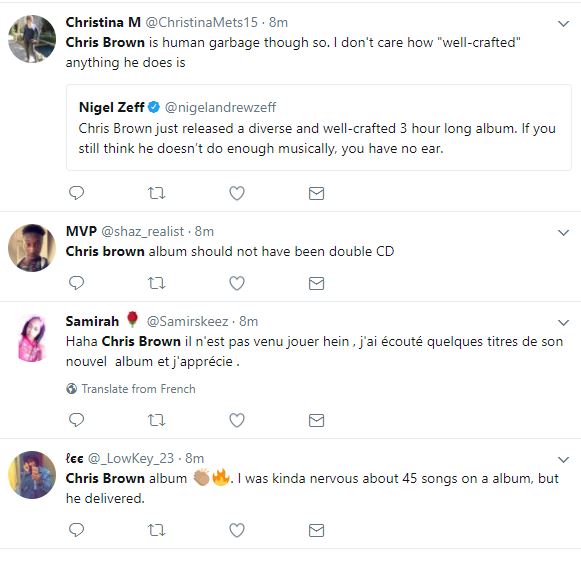 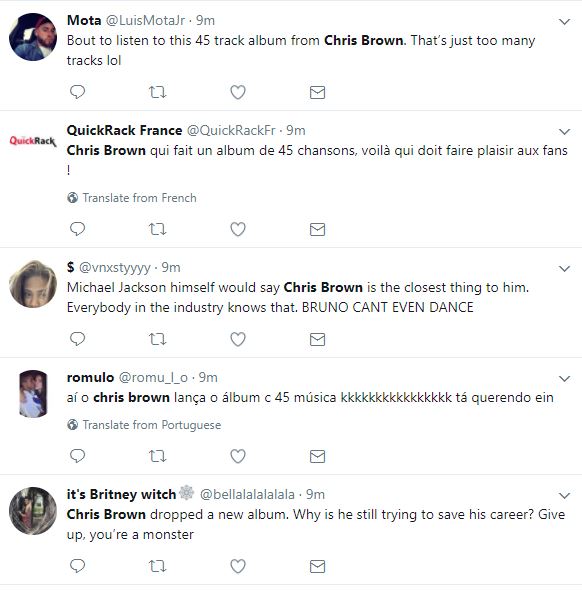 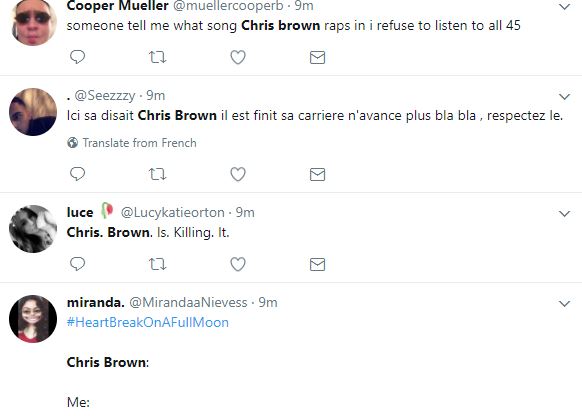 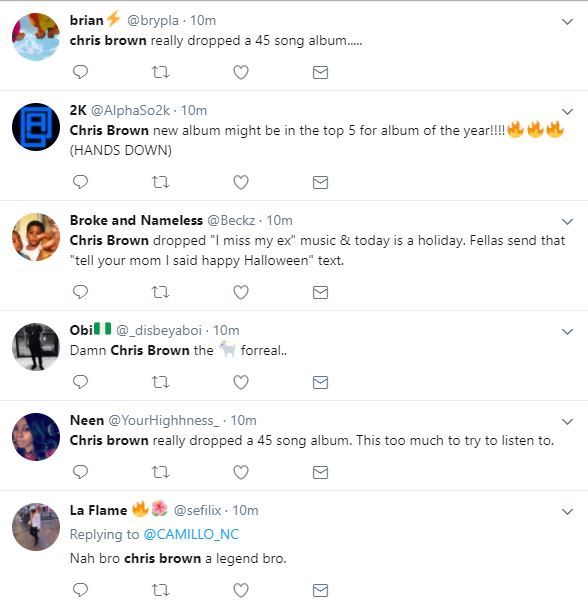 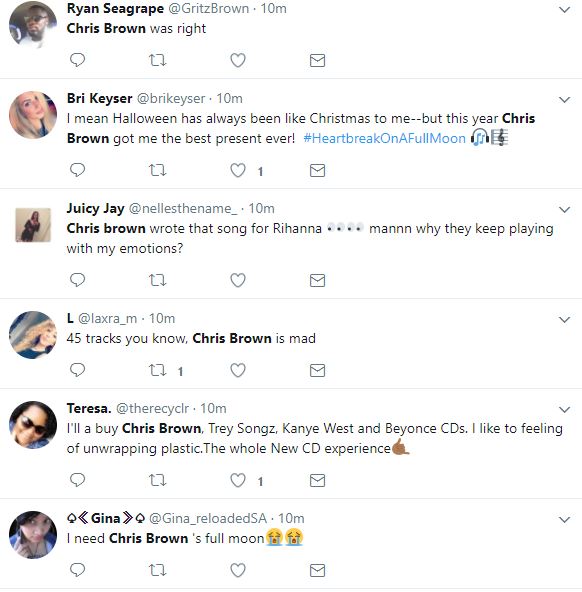