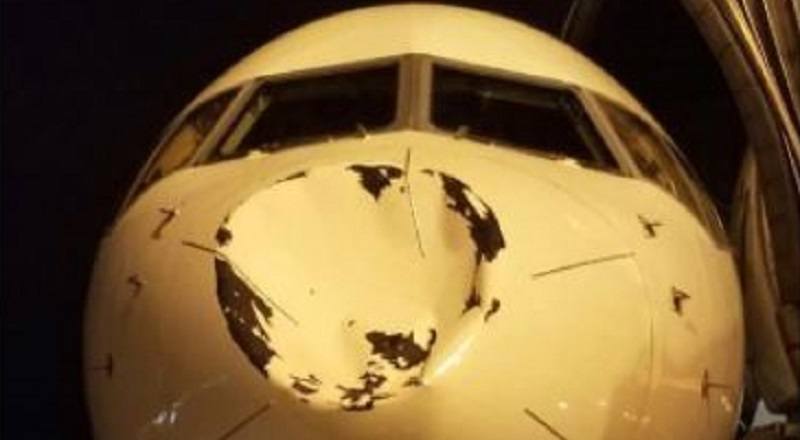 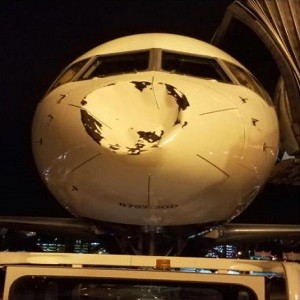 On paper, this whole thing with Russell Westbrook, Paul George, and Carmelo Anthony is supposed to be a threat in the West. So far, it looks like adding Chris Paul to the Rockets is the winning formula. But, his old team, the Clippers are the NBA’s only undefeated team.

With the Golden State Warriors returning to form, the OKC Thunder are outside of the playoff picture. Only two spots out of last place, OKC sits at 2-3 on the season. Thankfully, that’s only five games, and the players have survived to play the Chicago Bulls, tonight.

Carmelo Anthony, early this morning, shared some scary news. The team’s plane crashed and the front is damaged. Sharing the situation on social media, Carmelo Anthony questioned what the plane could have possibly hit during that time of night. 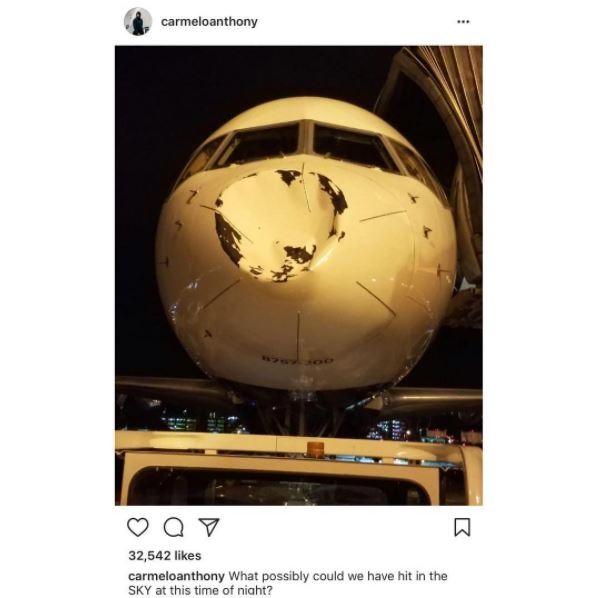