Skip to content
You are here
Home > Hip Hop News > Aaliyah fans are not having Kim Kardashian doing the #TryAgain look for Halloween and they are grinding her to the dust over this one, on Twitter 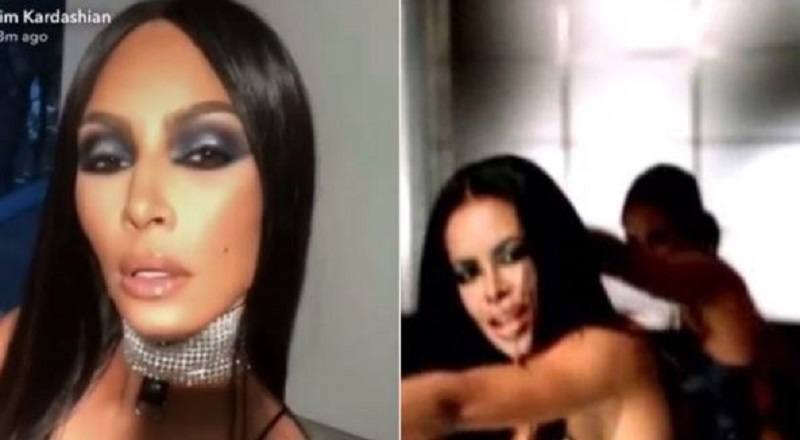 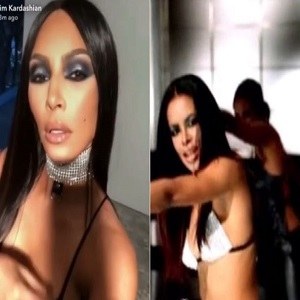 This year, there has been renewed interest in Aaliyah, someone who had mostly gone overlooked, over time. During her era, Aaliyah was easily one of the most-popular singers in the game. Blending soul, pop, hip hop, and R&B, she inspired many artists.

However, Aaliyah was not long for the world, dying in a horrific plane crash. The purpose of the trip was to film her “Rock The Boat” music video. Posthumously, the song has become a classic, in part due to her essentially sacrificing her life to bring the video to life.

Over the years, there have been a lot of Aaliyah tributes. No doubt, this is what Kim Kardashian was trying to do with her Halloween outfit. But, because of her controversial role in this reality TV-era hip hop industry, she is catching heat on Twitter for choosing Aaliyah’s look in the “Try Again” music video as her Halloween look. 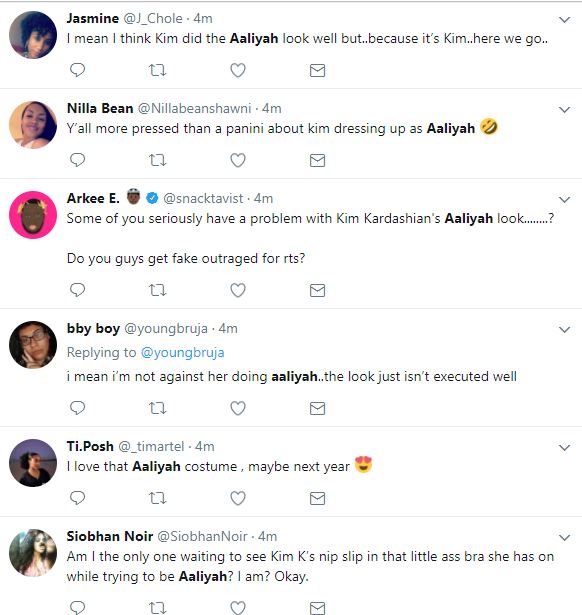 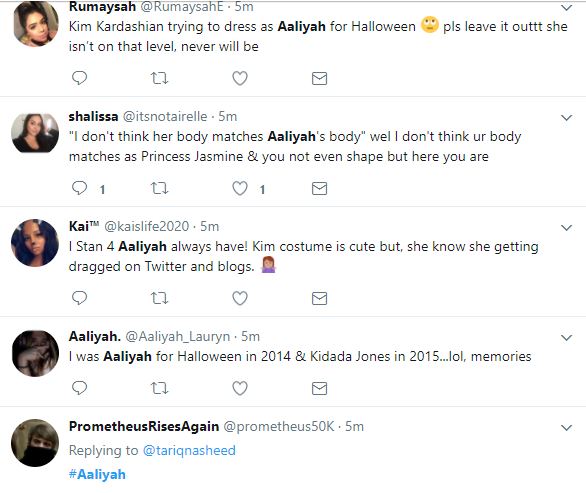 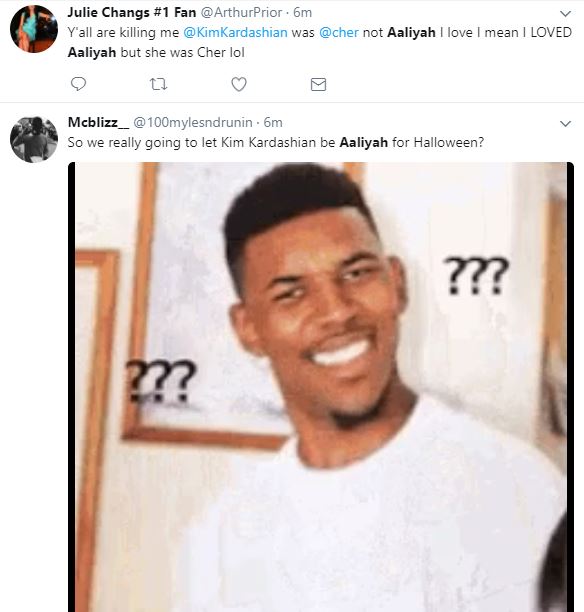 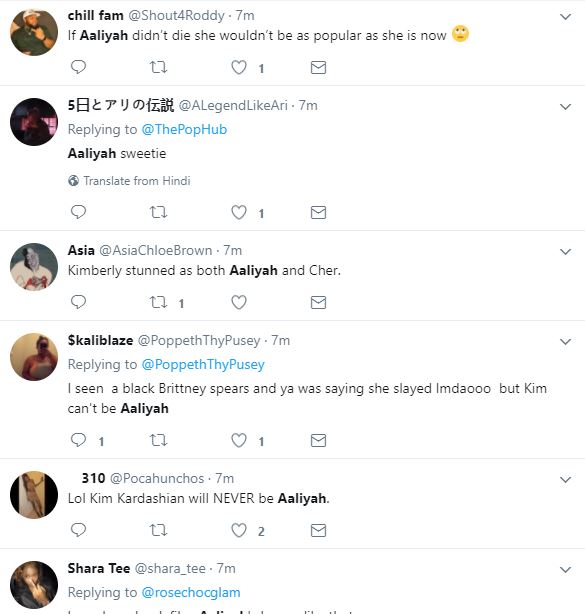 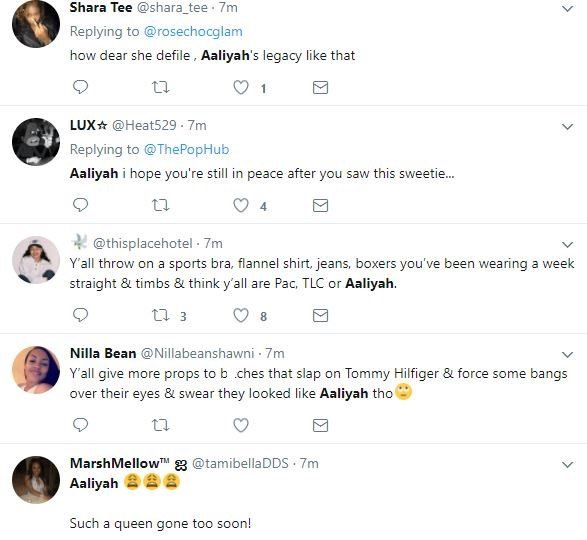