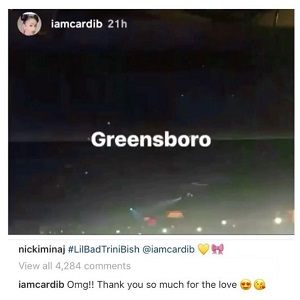 As entertaining as Remy Ma vs. Nicki Minaj was, it wasn’t the best thing for unity. Not for minorities, with both ladies being black, nor was it good for both being women. When Cardi B began coming up, many tried to pit her against Nicki Minaj, as well.

Cardi B, immediately, began performing with Remy Ma and Lil’ Kim. An idea that Lil’ Kim had was misconstrued, when she suggested Cardi and Remy get on a track with her. However, Nicki Minaj still showed a ton of love to Cardi B, as she was rising.

Before “Bodak Yellow” became the massive hit it became, Nicki Minaj hinted at jumping on the remix. Obviously, there’s no reason for that, now, but Migos went ahead and made the Nicki/Cardi collaboration happen. Still, their respective fan bases are on Twitter, trying to fight over who has the best verse.

Read the tweets about Cardi and Nicki below: 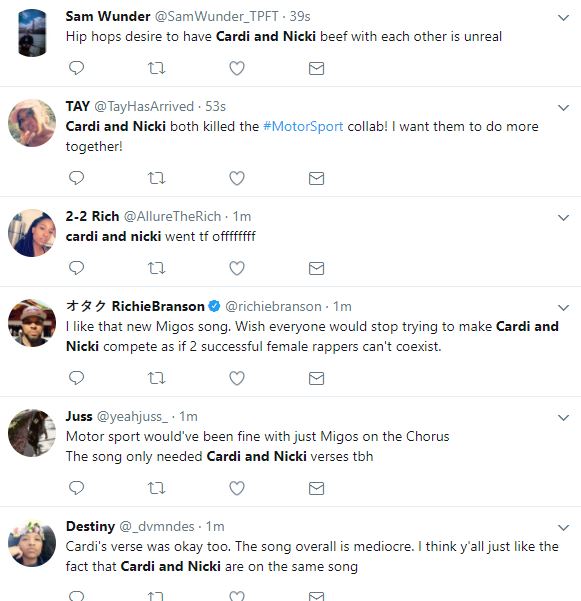 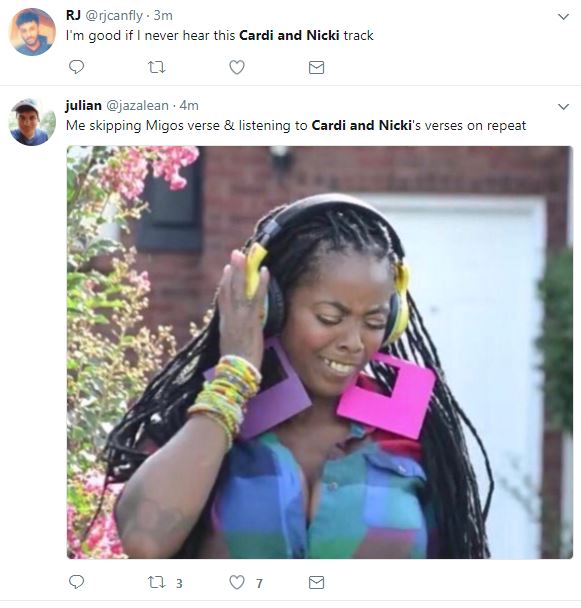 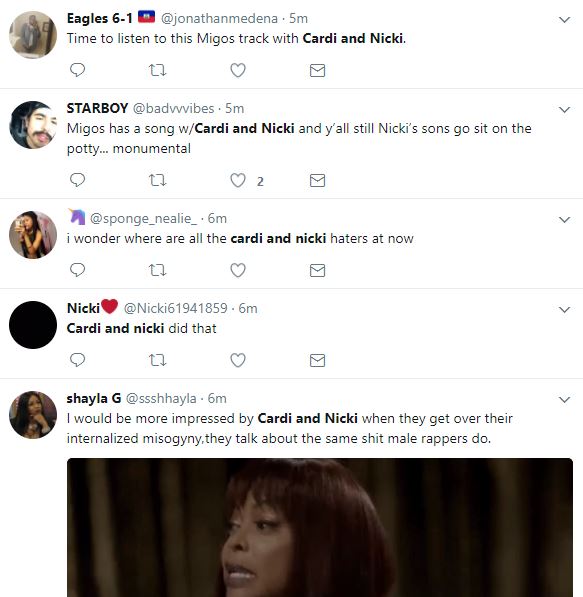 Cardi B is not really being sued, the model speaks out and says he was catfished #GBMV1
NeNe Leakes and Gregg Leakes poke fun at Kim Zolciak and Brielle by dressing as roach and pest control for Halloween #RHOA [PHOTO]