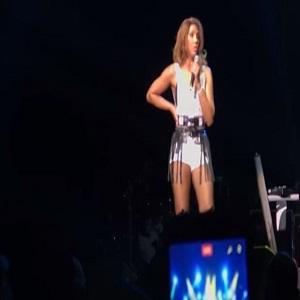 Reading the tea leaves, Tamar Braxton and Vince Herbert have been on their way out, for some time. The couple rose to fame, only in the past few years. When “Braxton Family Values” debuted, back in 2010, the runaway favorite cast member was Tamar Braxton.

Landing her own spinoff, Tamar Braxton was able to successfully relaunch her music career. In 2013, she not only scored a hit record, but also made her daytime TV debut. Until last summer, Tamar was a co-host for “The Real,” where she was the center of attention.

Following her controversial exit from “The Real,” it became apparent that Tamar and Vince were having problems. Despite all of the denials, this morning saw a major move take place. Tamar Braxton has filed for divorce, just weeks before her and Vince’s anniversary.

Bianca shares her side of her and Brittney Taylor’s fight ahead of the #LHHNY season eight premiere to set the record straight
HHV Exclusive: Freedom Infinite talks production selection, state of hip hop, and drops knowledge on the business side of the music industry