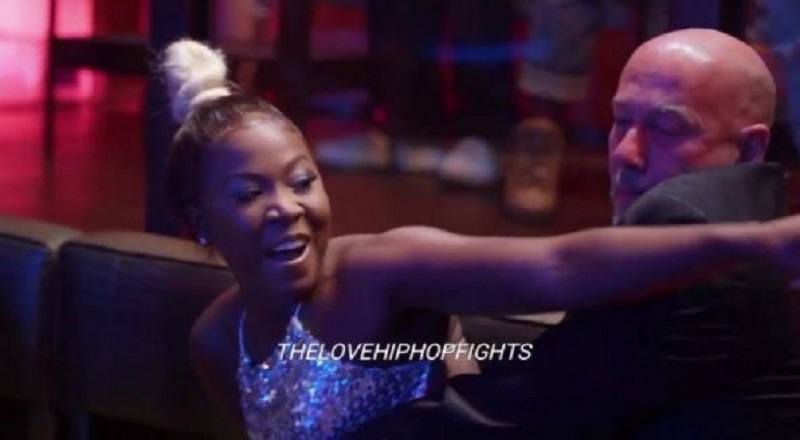 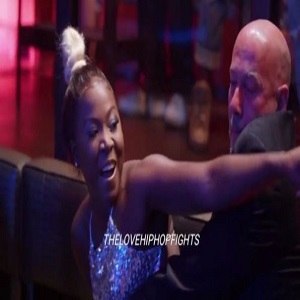 Yesterday, the “Love & Hip Hop” season eight supertrailer was released and it showed Bianca fighting. Last season, Bianca was caught up in the storyline with DJ Drewski. This made her and Sky Landish instant rivals, over Drew, with MariahLynn also being caught in the mix.

Last season, Bianca and MariahLynn actually got into a fight, due to her befriending Sky. However, Cardi B ultimately convinced both ladies to sit down and talk it out. In the end, they decided to remain friends, and they had a good time.

Bianca is in the trailer and she gets into a fight with a girl named Brittney Taylor. Because Brittney Taylor is a new cast member, people are trying to figure out what’s going on. Ahead of the season premiere, next Monday, Bianca set the record straight in her Instagram post. 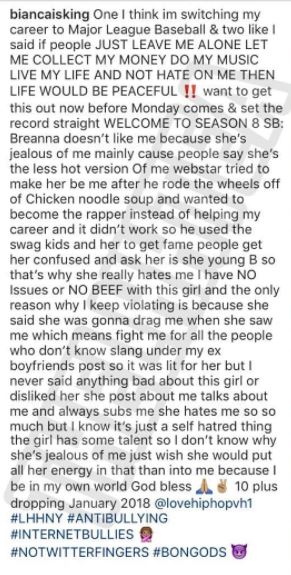