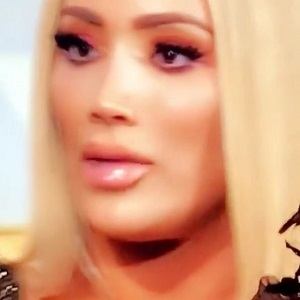 Few ladies, in entertainment, have as many rivals as Ms. Nikkii Baby, who rose to fame three years ago. She is an original cast member of “Love & Hip Hop Hollywood.” Also noted is how she is one of the few real friends Hazel-E has.

Ms. Nikkii Baby is often the source of controversy, mostly stemming from her relations with prominent women. Season three saw her bring Rosa Acosta to the show, where Rosa and Safaree battled for her affection. Then, she came to “Atlanta” to spend a night with Joseline.

During the “Love & Hip Hop Hollywood” reunion, Star Divine watched the show, along with millions of others. Unlike the others, she took to social media, siding with Masika. She went as far as accusing Nikki of hooking up with Safaree when his electricity was out, so they smashed in the dark.