Skip to content
You are here
Home > Hip Hop News > Jhonni Blaze blasts Stevie J after he threatens to release a sextape of the two and she tells him she doesn’t need TV, TV needs her #LHHATL [VIDEO]

A few years ago, Jhonni Blaze was a new addition on the “Love & Hip Hop” cast. She was a part of Rich Dollaz’ management firm and also had a fling with him. At the same time, he was dealing with Diamond Strawberry, which made she and Jhonni Blaze rivals.

Her longtime rival is Erica Mena, but Jhonni Blaze has now added the star of “Love & Hip Hop Atlanta,” Stevie J, to her list. Apparently, Stevie has threatened to put out a sextape of the two and get her blackballed from “Love & Hip Hop.” Taking to Instagram, in a big way, Jhonni Blaze went on an epic rant about Stevie. 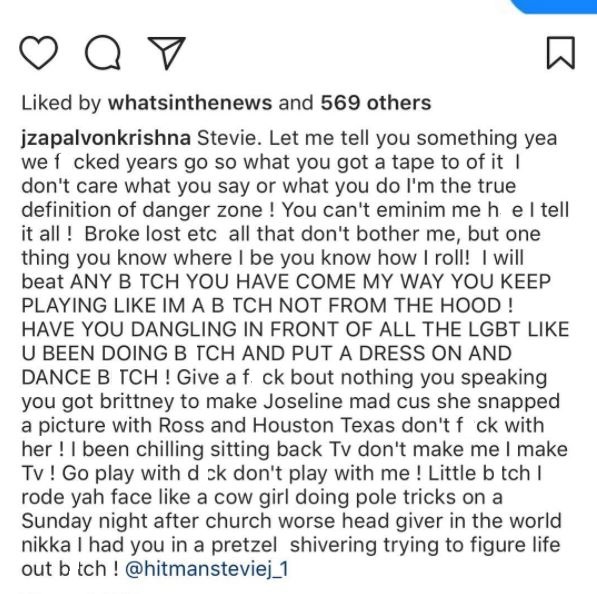