Skip to content
You are here
Home > Hip Hop News > Zell Swag slapped the sh-t out of ole boy; #LHHH fans got a good laugh out of Zell hitting Misster Ray, but his cast-mates are beyond upset #LHHReunion 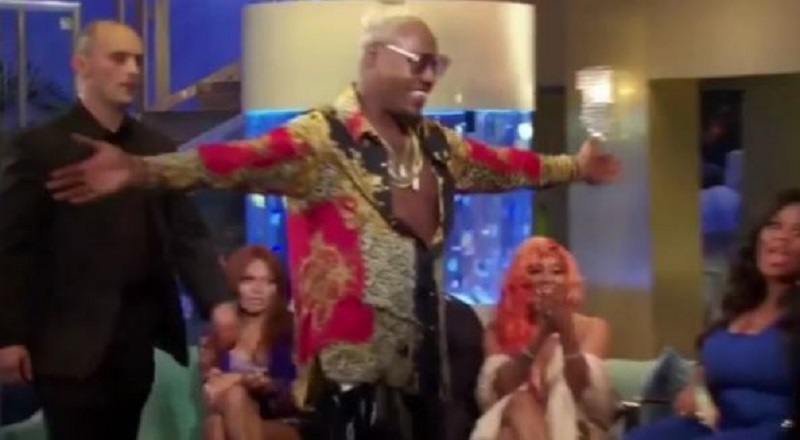 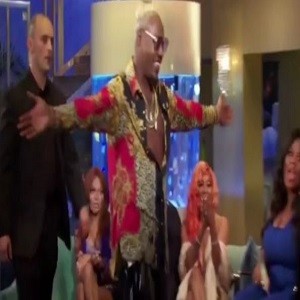 Since the start of “Love & Hip Hop Hollywood,” season four, Zell Swag has brought the drama. Always down for a fight, Zell Swag began the season as Masika’s friend. With her and Alexis Sky beefing, Zell Swag took on that fight, getting physical with Alexis.

Despite this, Zell Swag and Alexis Sky were fast friends, as he tried to get Masika to sit down with her. Ultimately, that decision, plus Masika’s decision to get him to sit down with Misster Ray, led to their beef. It had nothing on Zell’s beef with Ray, however.

Throughout the season, Zell Swag tried to attack Misster Ray, several times. The much-discussed reunion fight finally aired and it showed Zell Swag walk up on Ray for a hug, but actually punching him, and drawing blood. The fans on Twitter have gotten their entertainment out of this altercation. 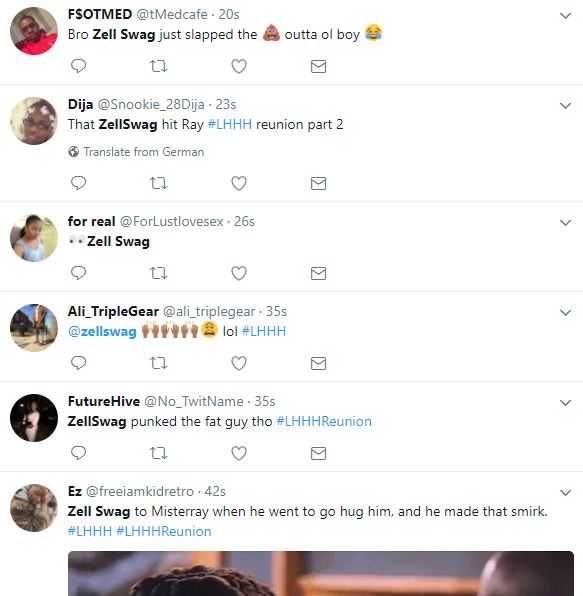 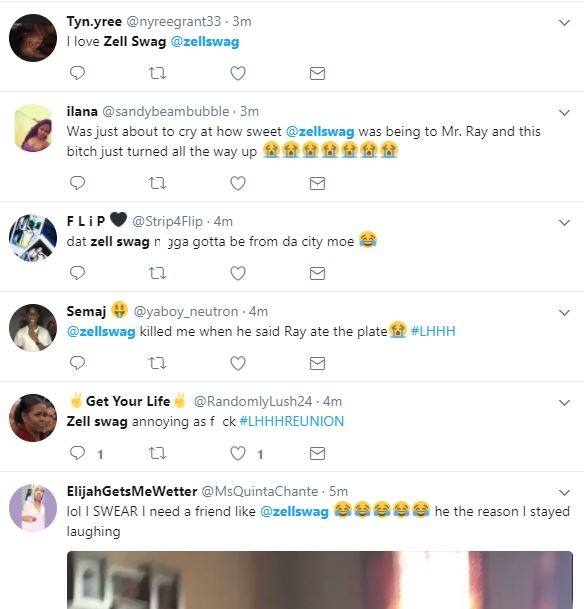 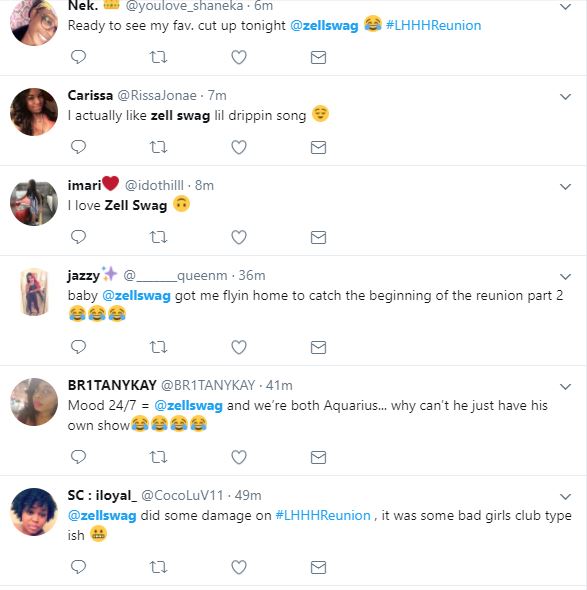