Skip to content
You are here
Home > Hip Hop News > Safaree … PLEASE DON’T GO his “this is juicy” comment and these hilarious reactions have given #LHHH fans enough memes and GIFs to last 2018; Fans say he is so childish, but so funny! #LHHHReunion 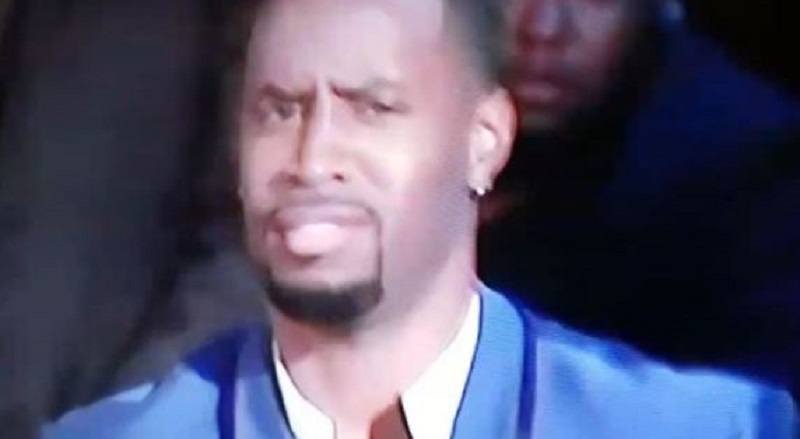 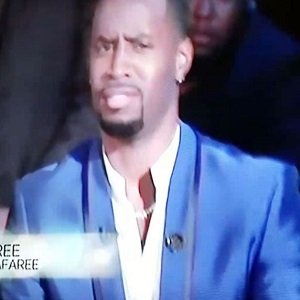 Whoa… Safaree is arguably the most-entertaining “Love & Hip Hop” cast member. It was fitting that he’d go to “Hollywood,” because people criticized this show for being the most-boring one. Safaree changed things from his first scene, when he had his chest out, and the oil.

Safaree isn’t exactly a Creep Squad member, but he is just as funny as them boys, Yung Joc and Lil’ Scrappy. No baby mama drama, just his reactions. When everybody else goes at it, all Safaree has to do is look, and react, and he’s the headline.

In the middle of tonight’s drama, in the “Love & Hip Hop Hollywood” reunion, Safaree said “this is juicy.” The fans of the show begged Safaree to “PLEASE DON’T GO” after that comment. They said his facial reactions have given them more than enough memes, but please stay on TV. 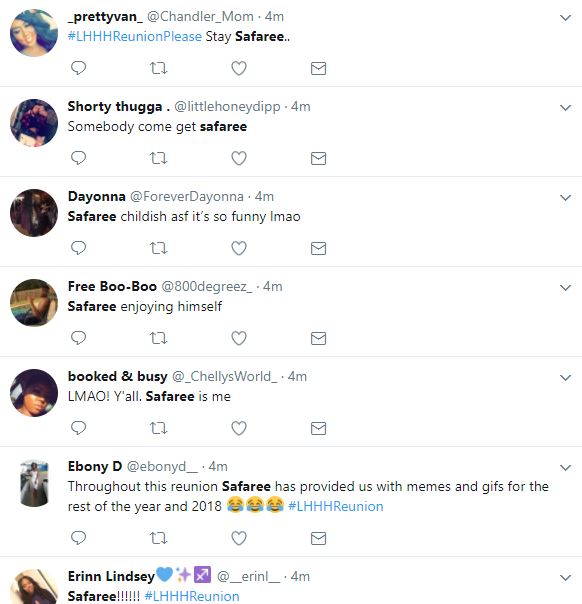 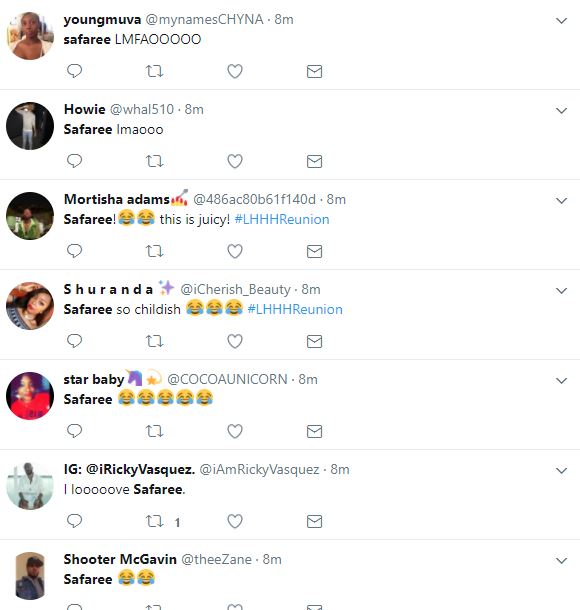 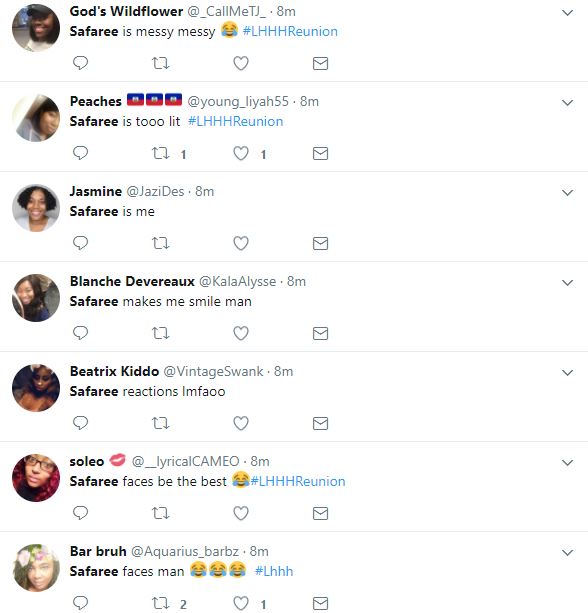