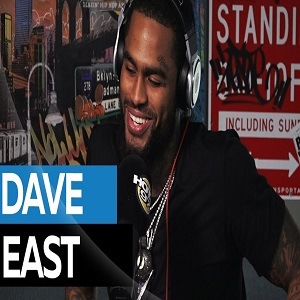 Harlem rapper, Dave East, has spent the past five years raising his profile, as an emcee. This span of time has seen him spitting bars from his native, New York City, all the way to Oklahoma City. Following months of speculation, Dave East joined forces with Nas, in 2015.

Dave East has the co-signs of many other industry heavyweights, particularly those in his own city. Chief among them was Prodigy, the recently-deceased Mobb Deep member. With everything Dave East has going on, he remains one hit away from stardom.

Recently, Dave East sat down with Hot 97’s morning trio, Ebro, Rosenberg, and Laura Stylez. He would speak on his work with the late Prodigy, along with Erykah Badu. Then, he would also speak on dating, addressing the Christina Milian rumors, and his Paranoia EP.