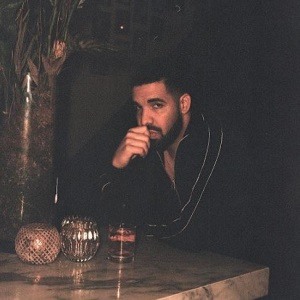 Even before Thank Me Later, Drake had the game on lock. He had the co-sign of prime Wayne and a resurgent Young Jeezy, right there in his corner. All he had to do was not put out wack songs and he didn’t, as his debut album was loaded with bangers.

Following the Thank Me Later critical acclaim, Drake announced his second album, Moments. By the time 2011 rolled around, Moments morphed into Take Care, which dropped that November. To date, this was the only time Drake dropped back-to-back albums.

However, Drake did follow Nothing Was The Same with If You’re Reading This, It’s Too Late, his game-changing mixtape. Views followed this, and then there was More Life, earlier this year. Now, the above photo has people believing Drake is dropping a Take Care follow-up, in the near future.

Read the “Take Care 2” tweets below: 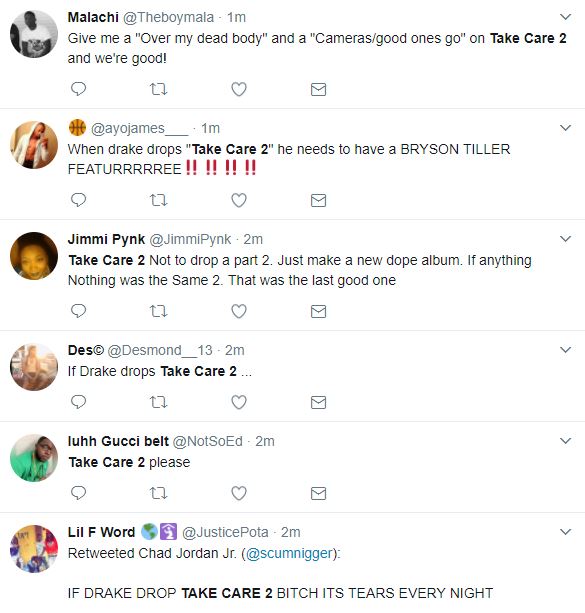 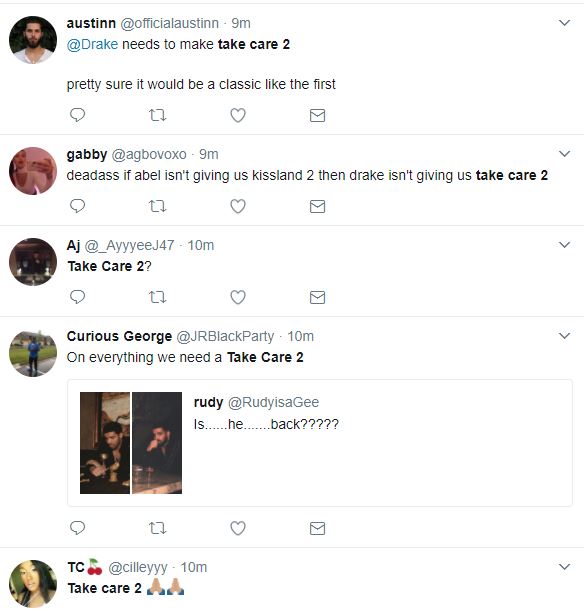 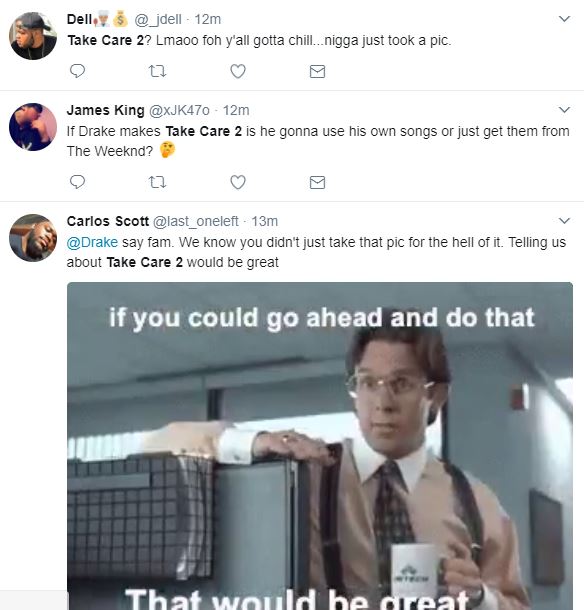 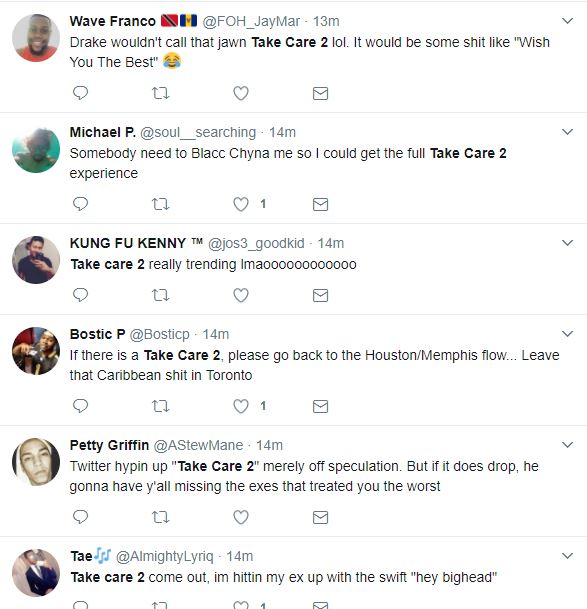 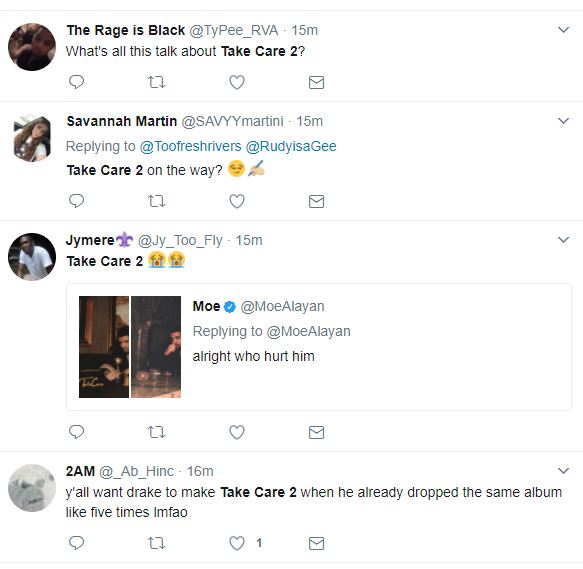 Continue Reading
You may also like...
Related Topics:chox mak, drake, if you're reading this it's too late, jeezy, lil wayne, more life, nothing was the same, take care, thank me later, views from the 6

Conor McGregor fans blast Floyd Mayweather on Twitter, calling him a woman-beater, and then admit some don’t like him, due to race
Issa Rae talks stages of a hoe phase and that awkward time at the strip club with #TheBreakfastClub [VIDEO]