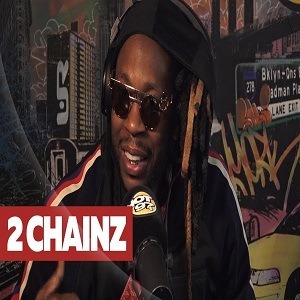 While 2 Chainz is back on the scene, the run he put forth in 2012 was one of the most-epic in recent years. The song he and Kanye West put together, “Birthday Song,” was a classic. But, 2 Chainz maintains he has new classics on Pretty Girls Like Trap Music, his latest album.

2 Chainz has returned to a lot of momentum, with Eminem giving him some good feedback. Now, there are rumblings about Eminem releasing another album. It would be right on time, four years since he released his last solo album.

Recently, 2 Chainz stopped by Hot 97, talking to Ebro, Peter Rosenberg, and Laura Stylez. They would talk about Eminem putting a new album out and Kanye West, who is currently going through it with Jay-Z. Then, he debated the New York vs. Atlanta hip hop scenes.