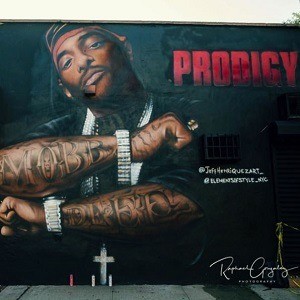 Last month saw another hip hop legend taken, when Prodigy died. His battle with Sickle Cell Anemia has longtime been a topic of discussion, as he was always open about it. One thing is for sure, Prodigy never let his illness slow him down, he continued delivering big records.

As one half of Mobb Deep, Prodigy never backed away from beef. In his career, he went after Tupac, Jay-Z, Fat Joe, Ja Rule, Nas, and even his own partner, Havoc. There was no slowing down for him, as he also took on 50 Cent’s beefs, when he signed with G-Unit Records.

But, before his death, Prodigy made amends with many of his rivals, as he was getting older and wanted peace. When he died, even his most bitter of enemies took to social media to pay their respects. In his hometown, Prodigy was honored with a mural, but it was destroyed this morning, less than 24 hours after the artist completed it.

See the mural now below: 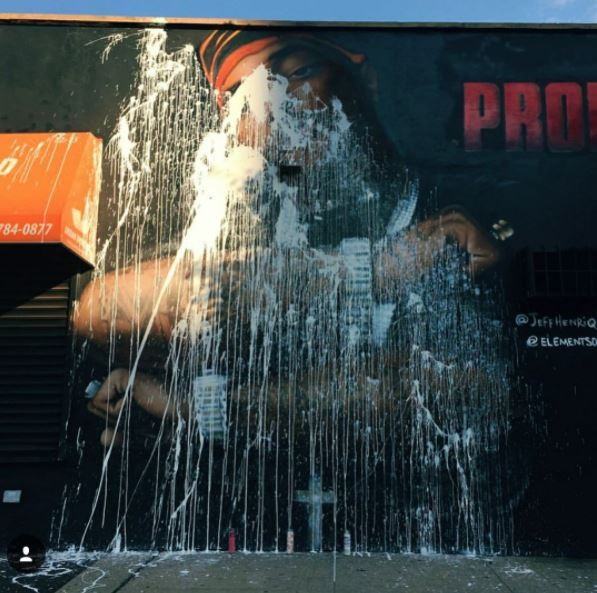 James Harden signs the largest contract extension ever, $228 million, as Rockets extend him until 2023 + Fans question why he got paid so much after he choked in Game 6
Paul George reportedly got the same woman he allegedly paid $1 million to have an abortion pregnant again