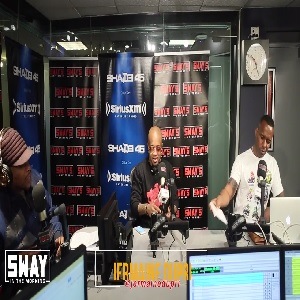 Feel old yet?, the end of the 1990s was almost twenty years ago. That period of time saw a lot of legends born and many moguls made. During that time, Jermaine Dupri really came into his own and took over the game, as an artist and a mogul.

Jermaine Dupri had So So Def, which already had success with such acts as Xscape, Da Brat, and Kris Kross. But, during the 2000s, the success continued when Bow Wow rose to stardom. For a while, there was also Dem Franchize Boyz doing their thing.

Recently, Jermaine Dupri stopped by Shade 45 to talk to Sway over at “Sway In The Morning.” During the interview, he defended rappers having songwriters, something that is often debated. Then, he spoke on the differences and similarities in hip hop, between now and then.