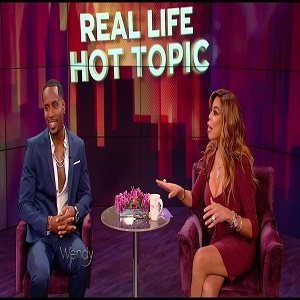 A major shift took place in 2014, when Nicki Minaj and Safaree decided to end their relationship. While it was shocking, it wasn’t really surprising, seeing how much she and Drake flirted. Then, there were music videos where Nicki kissed Nas and Lil Wayne.

Safaree has used the time away from Nicki Minaj to launch his entertainment career. Not only has he dated some high-profile women, he is highly entertaining on “Love & Hip Hop Hollywood.” During his time on the show, he was involved with Nikki and Rosa Acosta.

Recently, Safaree stopped by “The Wendy Williams Show” to discuss the hot topic, Remy Ma and “ShETHER.” The classic Nicki Minaj diss included some comments about Safaree, along with Trey Songz, Drake, and Meek Mill. During the interview, Safaree revealed Meek Mill played a role in him and Nicki Minaj breaking up.