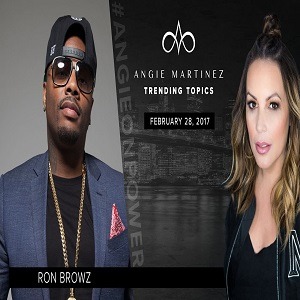 For the past few days and, at least, a few more, Remy Ma has dominated the headlines. The “All The Way Up” rapstress targeted Nicki Minaj on her “ShETHER” diss track and took over the game. Her record made her foe finally get back out there.

Long before she was dissed by Remy Ma, Nicki Minaj was being pressured by her fans to drop a new album. With all of the backlash, a new Nicki diversion was created. This time, Nicki Minaj has joined forces with Future, who is calling her “Nicki Hendrix.”

However, what is overlooked in this whole “ShETHER” thing is that the record is produced by Ron Browz. It is him, not Nas, who had to clear this record. So, Ron Browz called into Power 105 to talk to Angie Martinez about his role in all this.