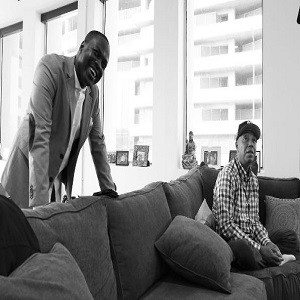 If it wasn’t for Russell Simmons, there would be no Dr. Dre, L.A. Reid, Andre Harrell, Jay Z, and Diddy. What he did with Def Jam, and the success he achieved, led to many other hip hop execs of his ilk. Since then, Russell Simmons has transitioned his position.

Russell Simmons long ago sold Def Jam and went on to be a founding partner of Global Grind. He has since sold to Radio One, freeing up his time as a philanthropist. Outside of that, he has the Rush Card, and his books.

This morning, news broke of Russell Simmons selling the Rush Card to Green Dot, the biggest prepaid card in the world. The deal is somewhat surprising, seeing how Russell Simmons often preaches of black finance and ownership. Perhaps sensing that very question, Russell Simmons released a statement on the matter. 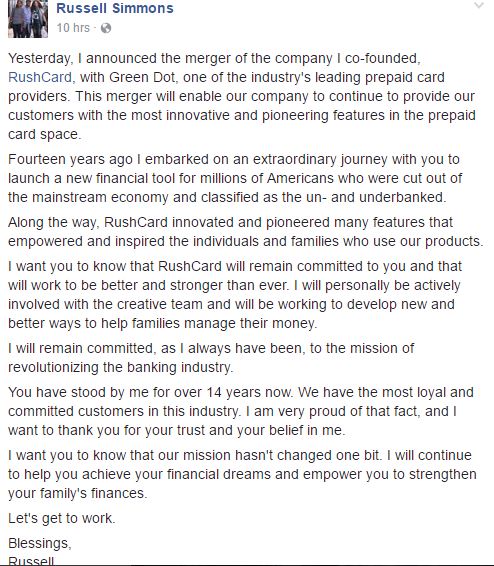 #BringBriaBack: Students at Fayetteville State University take to social media to protest in response to Bria Perkins as Miss FSU
#WizKnicks: Wizards fans are low key cruel for this one, they put Carmelo Anthony’s picture on the L train; It is so wrong, but so funny [PHOTO]