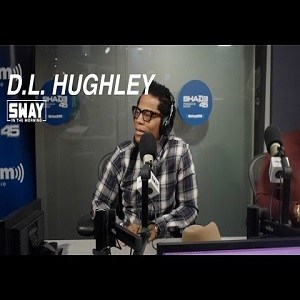 With all of his political commentary, it is easy to forget that D.L. Hughley is actually a comedian. Beginning his career doing standup, he landed his own show in 1998. Since then, D.L. Hughley has gone on to have a popular radio show.

D.L. Hughley recently came under fire for making a tweet about the deaths of Carrie Fisher and Debbie Reynolds. Many people found his comments distasteful and offensive. But, Hughley hasn’t seemed to be bothered by this, not at all.

Recently, D.L. Hughley spoke to Sway for “Sway In The Morning” on Shade 45. The interview saw him tackle the tweet about Carrie Fisher and Debbie Reynolds, off the bat, further explaining what he meant, and then taking aim at Donald Trump. He would also discuss Kim Burrell and the Soulja Boy/Chris Brown beef.