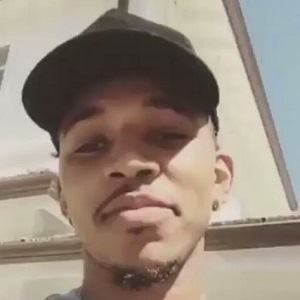 Three of the most unusual posters on social media are Nick Young aka Swaggy P, his fellow NBA player, Gilbert Arenas, and Chris Brown. All three of them are prone to take over the internet. Today, Chris Brown has held that position down.

Chris Brown suddenly became Twitter’s leading trending topic when news broke of him aiming a gun at a woman. It was said that he was in the middle of a standoff with police. Angry at the untruths, Brown took to social media with a profane filled video rant.

Diffusing the situation, Nick Young went on his Instagram with a new video. In his video, Swaggy P tells Chris Brown to leave the neighborhood, because he’s making it too hot. This has driven the people on Twitter into hysterical laughter.

Read the tweets about Swaggy P below: 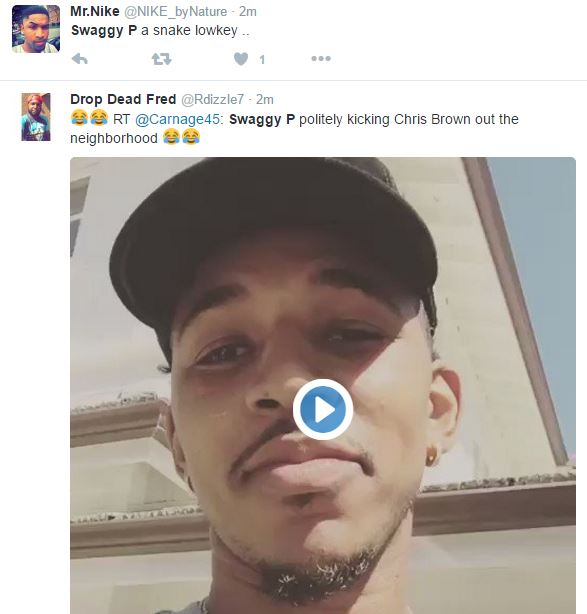 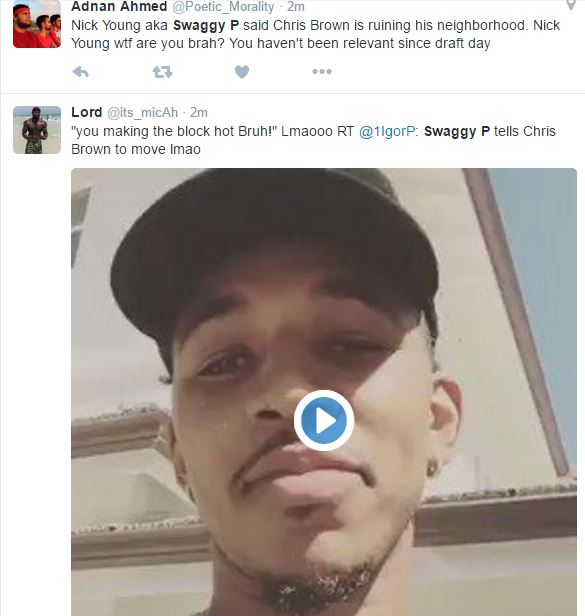 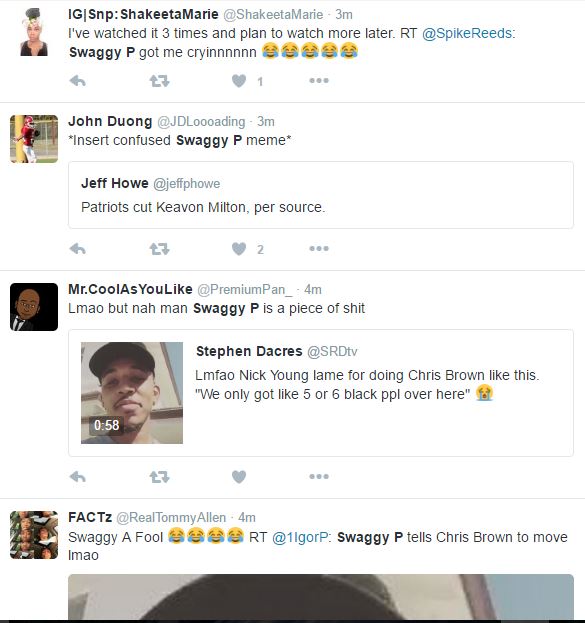 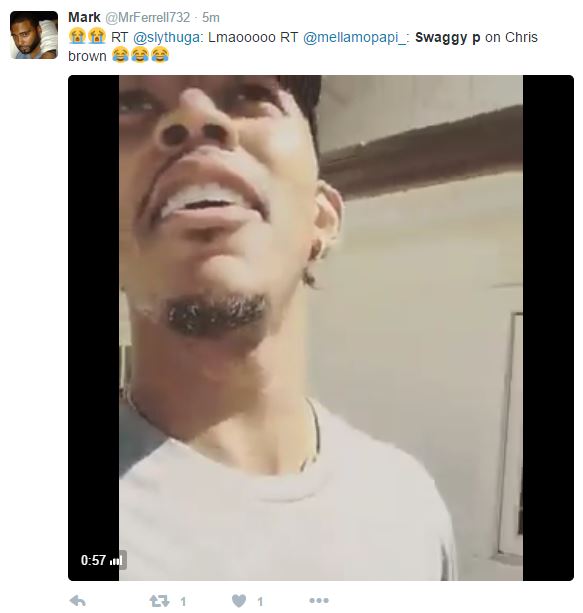 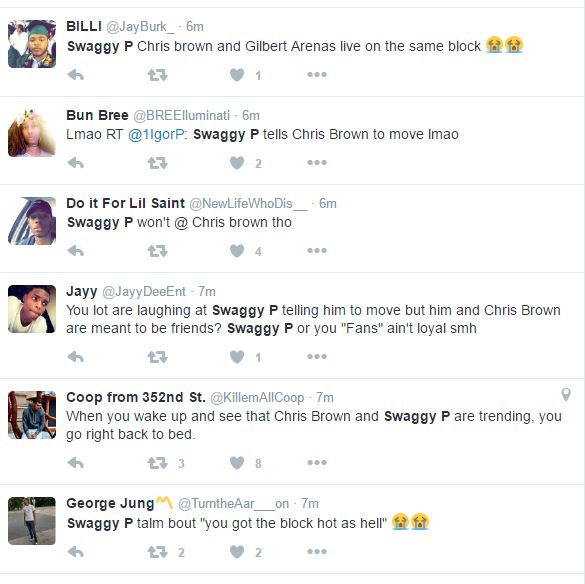 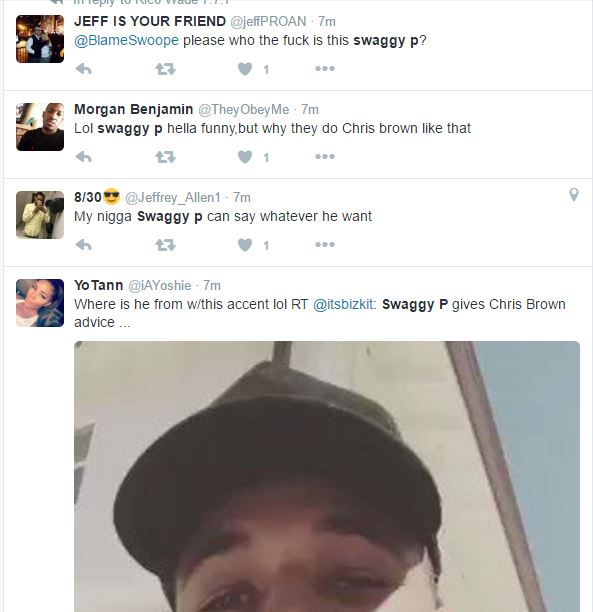