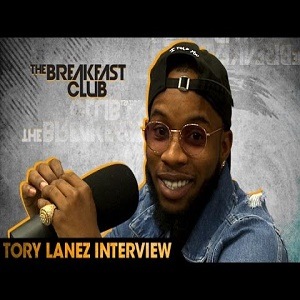 After years of putting out dope mixtapes that built his fan base, Tory Lanez took the game over. His single, “Say It,” came right on time and the record lasted for a full year. It is fitting that I Told You would be the name of his debut album.

Tory Lanez’ mainstream success is big for Toronto, as they are a rising hip hop city. But, Tory Lanez rising has also shed light on Drake, as his relationship with the OVO leader is “challenging.” But, Tory Lanez doesn’t focus on the negative.

Finally, Tory Lanez made his return to “The Breakfast Club,” sitting down with DJ Envy, Angela Yee, and Charlamagne Tha God. During the interview, he spoke on his debut album, his journey, and Drake. They would also share other wild stories while they talked.