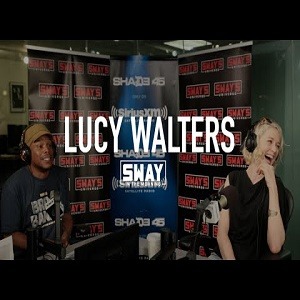 Anyone who watches “Power” celebrated when Holly (Lucy Walters) was killed off. No one liked Holly and it was only fair, Lucy Walters played the role, perfectly. While no one will miss Holly, Lucy Walters is definitely going to be missed.

In two seasons and five episodes of “Power,” Holly went from being a bartender in Ghost’s (Omari Hardwick) club to being Tommy’s (Joseph Sikora) main. This season, Holly was pregnant with Tommy’s child. In his blind rage, Tommy unknowingly also killed his child.

Before Holly was killed off, Lucy Walters stopped by “Sway In The Morning” on Shade 45. During her interview, she spoke on her often-discussed small breasts, which are usually among Twitter’s favorite topics when “Power” is on. She also spoke on 50 Cent going naked in his sex scenes.