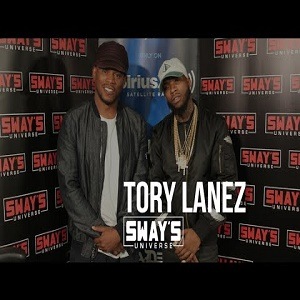 The past few years have seen Tory Lanez emerge was one of the brightest stars in the industry. However, Tory Lanez didn’t truly break through until last summer. His single, “Say It,” has proven to be a breakout hit.

A native of Toronto, Tory Lanez has made himself the clear number two star in the “six” after Drake. Unfortunately, there seems to be a lot of tension between the two. Tory Lanez has gone back and forth with this issue, as there have been no direct shots.

Tory Lanez spoke to Sway at Shade 45 for “Sway In The Morning,” recently. Their interview saw Tory Lanez address Drake and what is really going on, as he cleared the air. With his music being the hot thing out, right now, he also freestyled, and spoke on his new album, I Told You So, which is coming soon.

Continue Reading
You may also like...
Related Topics:alyssa debonair, drake, i told you so, say it, shade 45, sway calloway, sway in the morning, toronto, toronto hip hop, tory lanez