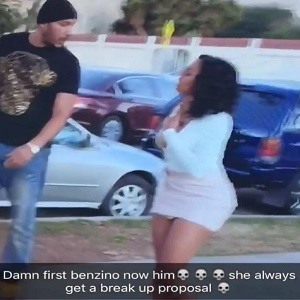 After five seasons of “Love & Hip Hop Atlanta,” Karlie Redd has a major position on the show. The role she plays should be respected, because she really does make the show. During season one, she was with ex-cast member, Benzino.

When Benzino broke it off with Karlie Redd, he had a proposal for her that ended with the breakup. It was thought of as a unique and classic moment. But, that moment was topped tonight, when Lyfe Jennings got at Karlie, especially after her hilarious faint.

Before Scrapp was sentenced to prison, Karlie Redd began seeing him and this led to her fight with Tiarra. In the end, Tiarra said Karlie can have Scrapp, meanwhile Lyfe echoed similar sentiments. The way he dumped Karlie, similar to how Benzino did, has the Twitter world laughing, but Karlie always bounces back stronger than ever.

Read the tweets about Karlie Redd below: 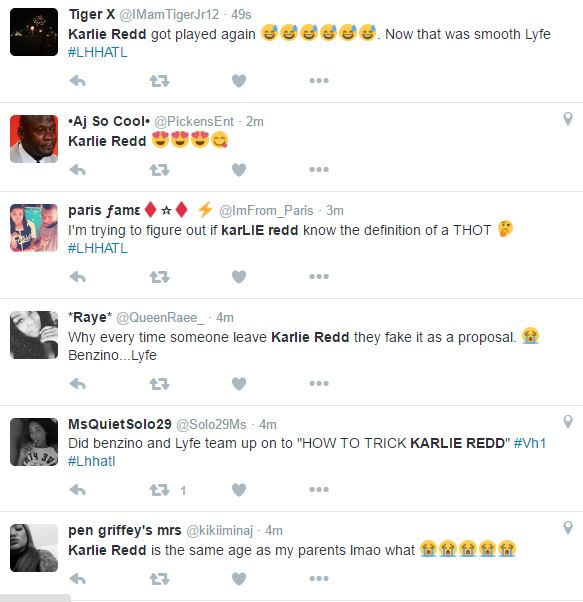 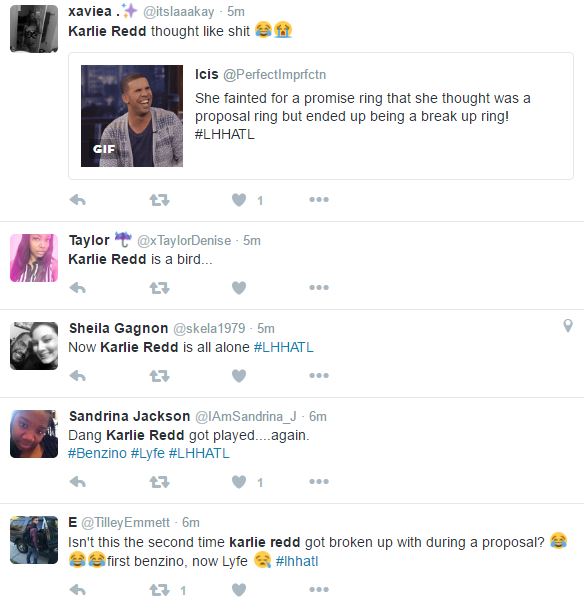 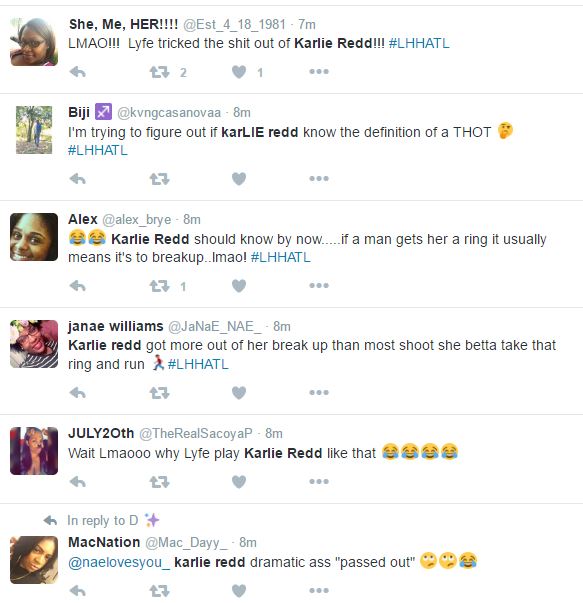 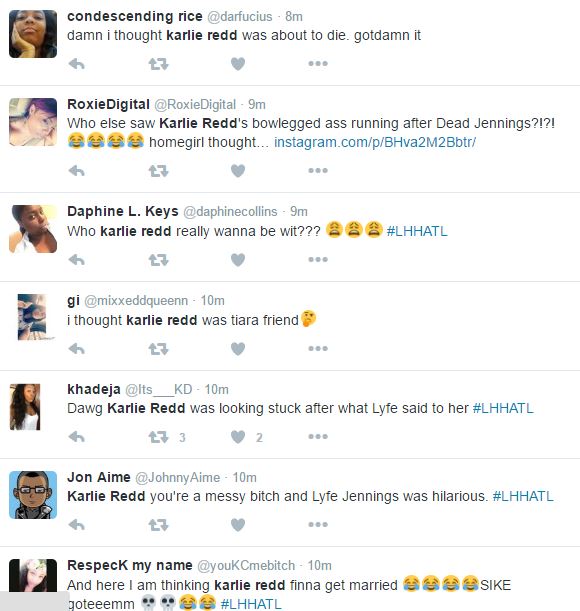 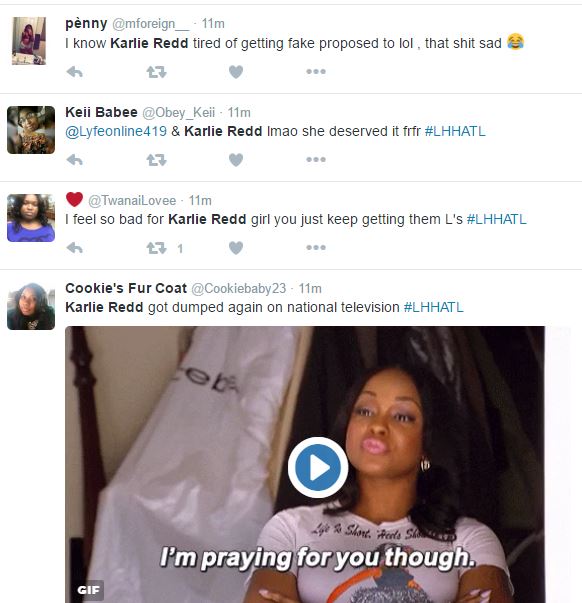