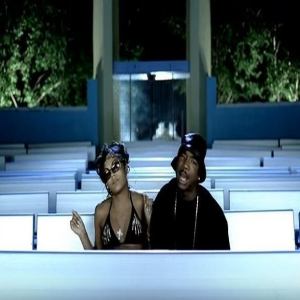 Nobody could touch Murder Inc. back when they were on top of the game. It was something no one saw coming when Ja Rule took over the industry, first with his ballads with Jennifer Lopez. But, Irv Gotti was confident they could still top the charts in-house.

In 2001, Murder Inc. signed Ashanti and she provided songwriting and vocals on the tracks with Jennifer Lopez. Essentially replacing Lil’ Mo, it was Ashanti featured on Ja Rule’s third album, Pain Is Love. The most successful album in his catalog, Ja Rule won with the third single.

Early in 2002, Ja Rule let loose on “Always On Time,” which followed both “I’m Real” with Jennifer Lopez and “Livin’ It Up” with Case. The first of those two records would reach number one on Billboard, Ja Rule’s first. This feat would be repeated during the summer of 2002, when “Always On Time” reached its peak.

Watch “Always On Time” by Ja Rule ft. Ashanti below: