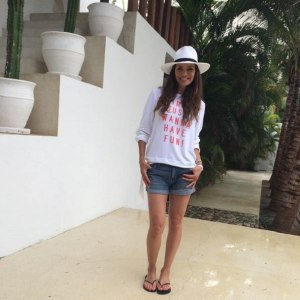 Those who remember the UPN network should know Ali Landry very well. Her claim to fame in the urban entertainment industry is her role as Rita on Eve’s self-titled UPN sitcom. The show was based in Miami and centered around the lives of three fashionistas.

Ali Landry, on the other hand, is well-known in pop culture. This comes with the territory, as she is a former Miss USA winner. However, she has remained out of the spotlight, for the most part, in the nine years since “Eve” went off the air.

Sadly, Ali Landry returned to the headlines this week in the worst way possible. Previously, her father-in-law and brother-in-law were kidnapped from their home in Mexico, in a notoriously bad gang area. This week, the family was able to identify their dead bodies in a truly heartbreaking story.