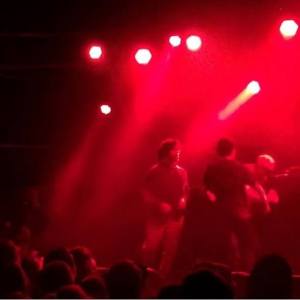 Earl Sweatshirt has a lot of momentum and he has put in a lot of work. A major fan base is there and supports his moves. These fans showed up during Earl Sweatshirt’s concert that took place last night and something unusual took place.

Last night, Earl Sweatshirt performed and things got tense. A fan found his way onto the stage and he wrapped his arms around Earl Sweatshirt’s neck. This led to Earl Sweatshirt getting mad and he swung on the guy, hitting him and knocking him out, leading to a major response and someone posted the video on Instagram.