Nostalgia is in the air where hip hop is concerned. All over the place, what was once old is new again, such as G-Unit being back together. G-Unit 2.0 is different, however, with Kidd Kidd playing the role of fifth man, as opposed to “you know who.”

Tony Yayo is back in the fold and he is working on some new music, some of which has already leaked. Mostly, Tony Yayo has kept himself busy by doing freestyles over classic joints. But, the entire G-Unit took a hit when their fifth man, Kidd Kidd, was arrested at the XXL Freshman concert.

This afternoon, Tony Yayo got on his Twitter and revealed Kidd Kidd is now free from prison. Additional information showed 50 Cent stepped up to get his artist out. 50 Cent bailed Kidd Kidd out with $105,000 put on his bail. 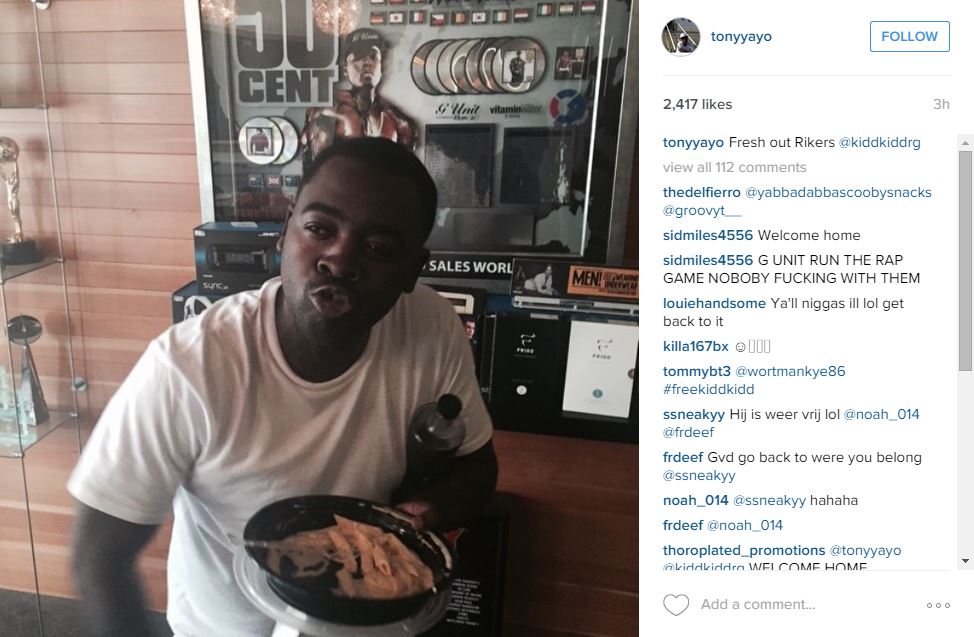