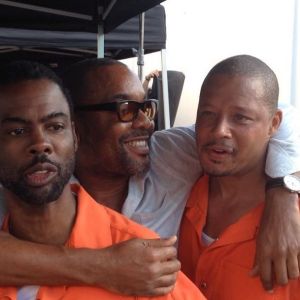 Needless to say, 20th Century Fox is very happy with Lee Daniels, as he create “Empire” for them. In just one half season, “Empire” has become a ratings juggernaut for the network. Bringing urban film stars, Terrence Howard and Taraji P. Henson, to homes every week is major.

“Empire” also wins by casting many big name entertainers who are legends in the culture for one-off roles. Anthony Hamilton, Cuba Gooding, Jr., Juicy J, Jennifer Hudson, Patti LaBelle, and even Sway have shown up on the show. This season features Chris Rock in a recurring role.

All of this, along with a fast-paced storyline has made “Empire” everyone’s guilty pleasure and the win is knowing it is based on our culture, hip hop. Now, Lee Daniels is seeing an even bigger payoff for his efforts. Not letting Lee Daniels slip away, 20th Century Fox has signed him to a multi year deal to create, oversee, and develop new programs for them under his Lee Daniels Entertainment umbrella.