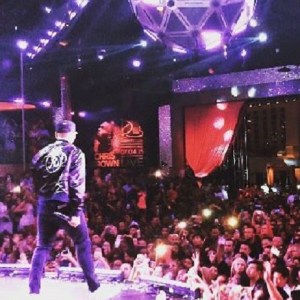 Ten years ago, two new teen stars emerged and they would go on to change the game. These two stars were Rihanna and Chris Brown, becoming a popular teen couple. Their love story faced a premature, temporary, end in 2009.

Now that Karrueche has made it more than clear that she isn’t interested with Chris Brown, he appears to be moving. Apparently, Chris Brown and Rihanna have found their way back to each other. The two were spotted leaving the club together last night, with the photo surfacing of them on Instagram.