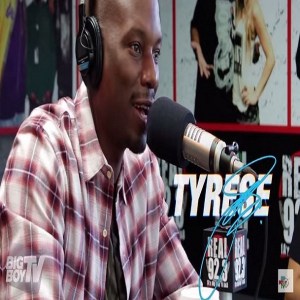 Fresh off doing Furious 7, Tyrese is everywhere, but now he has shifted his focus back to the music. After all, the music is where Tyrese built his name. He is an R&B heavyweight and he faced off against many of the big names in the industry.

Tyrese is inspired by the likes of Tupac, which is evident by his rap alter ego, Black Ty. It’s been a long time since Tyrese released a new album, four years to be exact. The new album, Black Rose, is on the way and highly anticipated.

Big Boy recently hosted Tyrese on his morning show on Real 92.3. In the interview, Tyrese talked about Tupac, on the anniversary of his birthday, his 44th birthday. They also talked about the album, Black Rose, fatherhood, and much more.