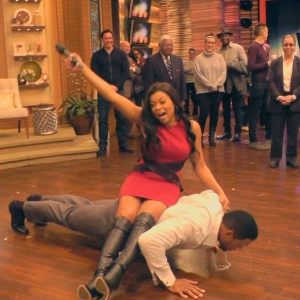 After doing the show together, many noticed how flirty Taraji P. Henson and Michael Strahan were. One thing that has remained in the public eye is the love life of Michael Strahan. The former NFL player became a figure in the media and his personal details are often discussed.