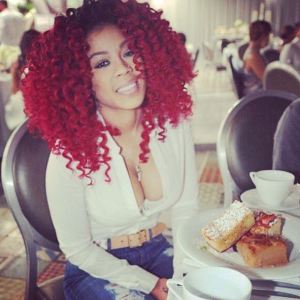 Hard to believe it’s already been ten years since Keyshia Cole made her mainstream music debut. Immediately, BET picked up on the potential that Keyshia Cole had, giving her a reality show. Then, from 2006 through 2009, Keyshia Cole was one of the top artists in the game.

Keyshia Cole went on a hiatus in 2009, before delivering a new album in 2010, but she continued to do shows on BET. In 2014, BET revealed they were getting back in the Keyshia Cole business. This time, Keyshia Cole stars in “All In,” which debuted tonight.

Given the amount of shows Keyshia Cole has had on BET, people always look forward to her returning. “All In” picks up with Keyshia Cole now separated from Daniel Gibson, who cheated on her, and from Frankie and Neffe, her mother and sister who hurt her. The premiere episode dealt with Keyshia Cole being a single mother and dealing with her family and the viewers on Twitter could respect that.

Read the tweets about Keyshia Cole below: 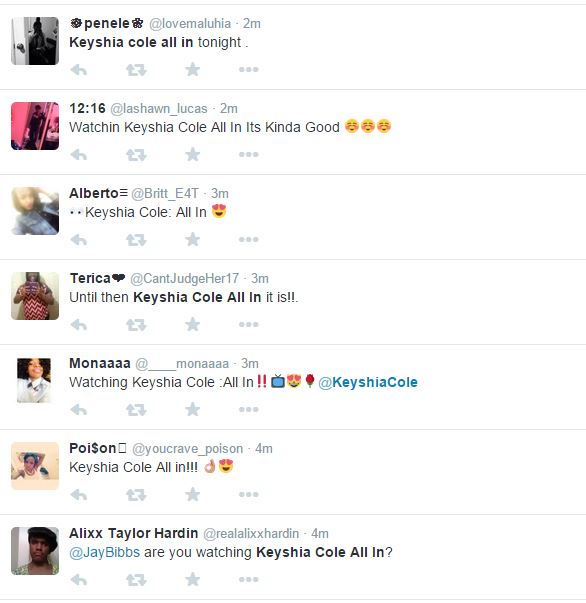 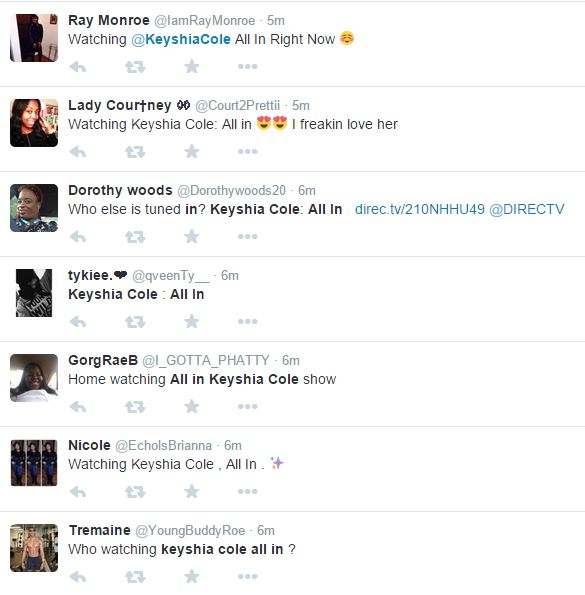 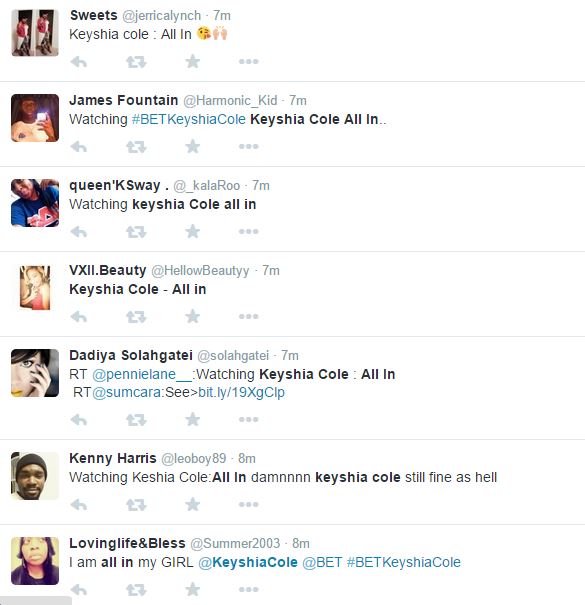 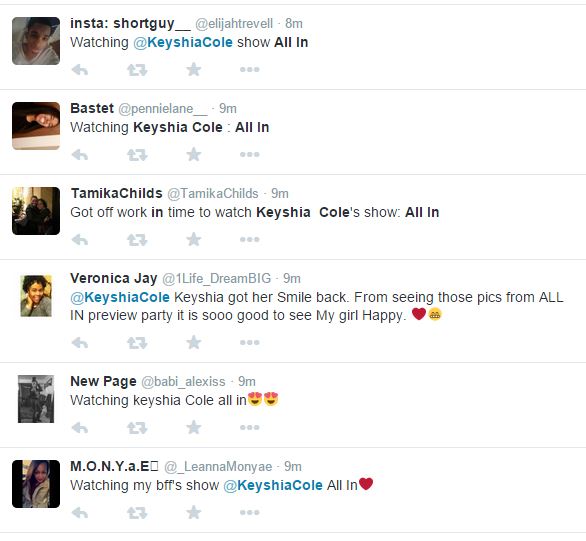 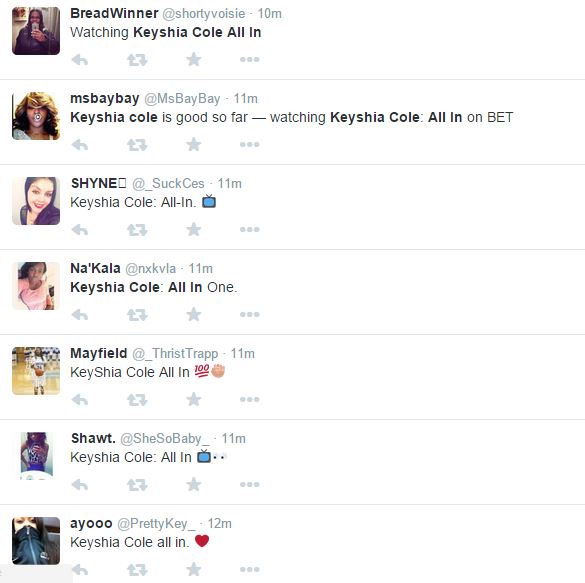 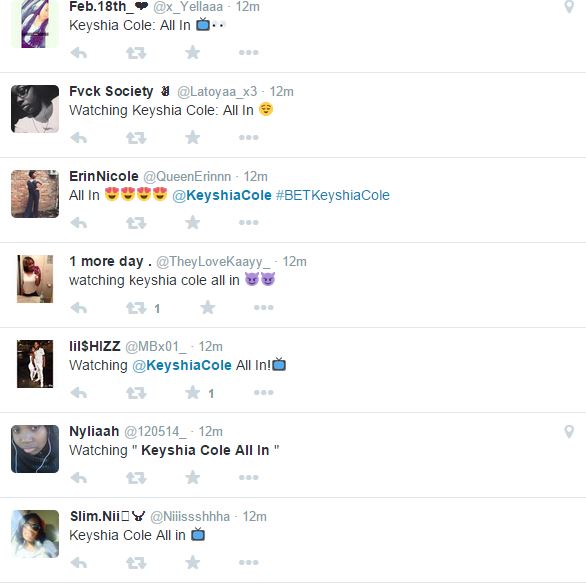 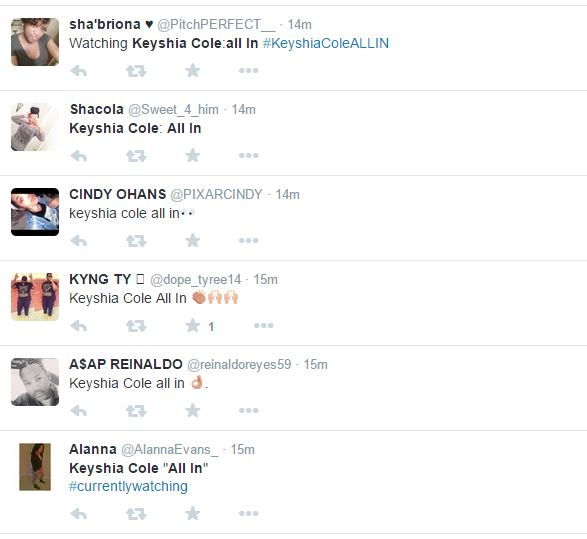 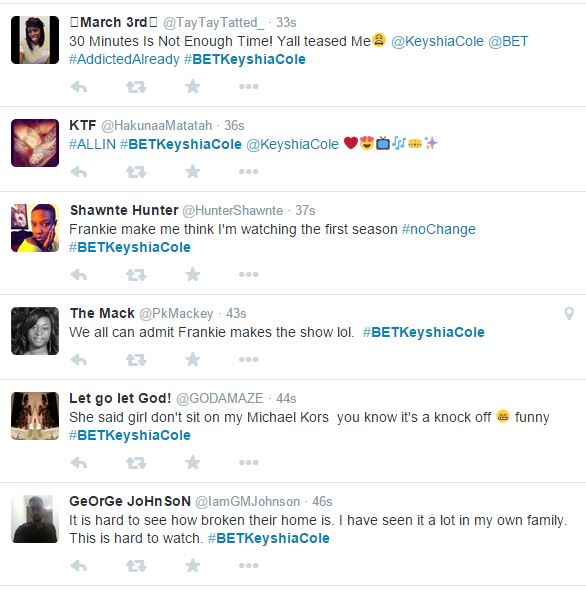