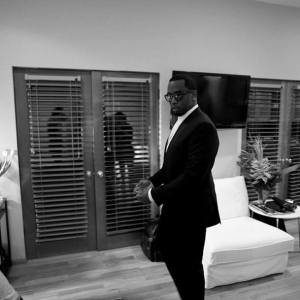 Many view Diddy as one of the most-powerful figures in the entertainment industry. After dominating the music industry, Diddy pooled his resources and made a music television network. Still, Diddy dabbles in other shows on other networks.

One notable story about Diddy is him taking on the role of father for his ex, Kim Porter’s, son, Quincy. The biological son of Al B! Sure, Quincy views Diddy as his father. Now that he has begun his music career, Quincy is working with Diddy and Bad Boy Records.

Recently, Quincy met with Lee Daniels and 20th Century Fox about a role on the hit TV series, “Empire.” Currently, Quincy is buzzing with his “Friends First” single with French Montana, but a music dispute slowed things down. After a disagreement with the “Empire” production team, Diddy nixed the idea of Quincy joining the show, but he may join the cast for season two.