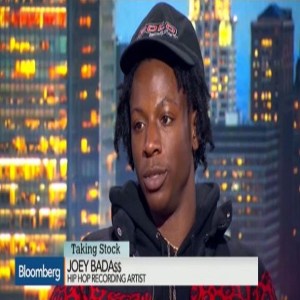 Specifically in 2008 and 2012, the world learned how powerful hip hop was, when they helped usher Barack Obama to two terms as president of the United States. In the years since the Obama elections, hip hop has become much more political. Joey Bada$$ has gotten in on this, too.

Recently, Malia Obama was spotted wearing a Pro Era t-shirt. Once wind of it got back to Joey Bada$$, he wasted no time reposting it on his Instagram. While it was a great move for hip hop, Joey Bada$$ was rightfully happy, simply for himself.

Bloomberg TV recently invited Joey Bada$$ to come in and talk about how business has changed for him. He went from struggling to get his videos placed on Worldstar to now having the president’s daughter rocking his t-shirt. Joey Bada$$ explained this transition when he sat down with Bloomberg to speak on his music career.