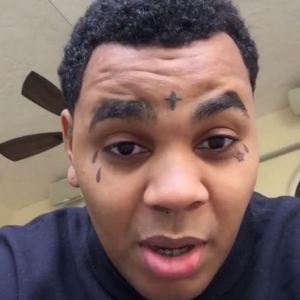 For the past three years, or so, Kevin Gates has had tremendous success on the mixtape level. Since his 2014 prison release, Kevin Gates has made a lot of media appearances. Through these interviews, Kevin Gates’ personality has emerged and people know what he is like.

Last summer, Kevin Gates caused controversy when he admitted all that he does to please his woman. While a lot of men likely do it, Kevin Gates is one of the only ones to admit it. But, this pales in comparison to what he admitted yesterday.

Kevin Gates addressed the people who have commented on Instagram about the new girl he is with. Addressing questions about them being brother and sister, Kevin Gates replied “hell no.” But, what he said next might not be much better, as Kevin Gates revealed his grandmother did reveal they were cousins, but this was only after they started sleeping together.

Continue Reading
You may also like...
Related Topics:instagram, kevin gates